I don't think I understand what kind of buttonholes they're talking about.

I found "I don't understand" is commonly used to express the unawareness of something. Google Ngram may verify that 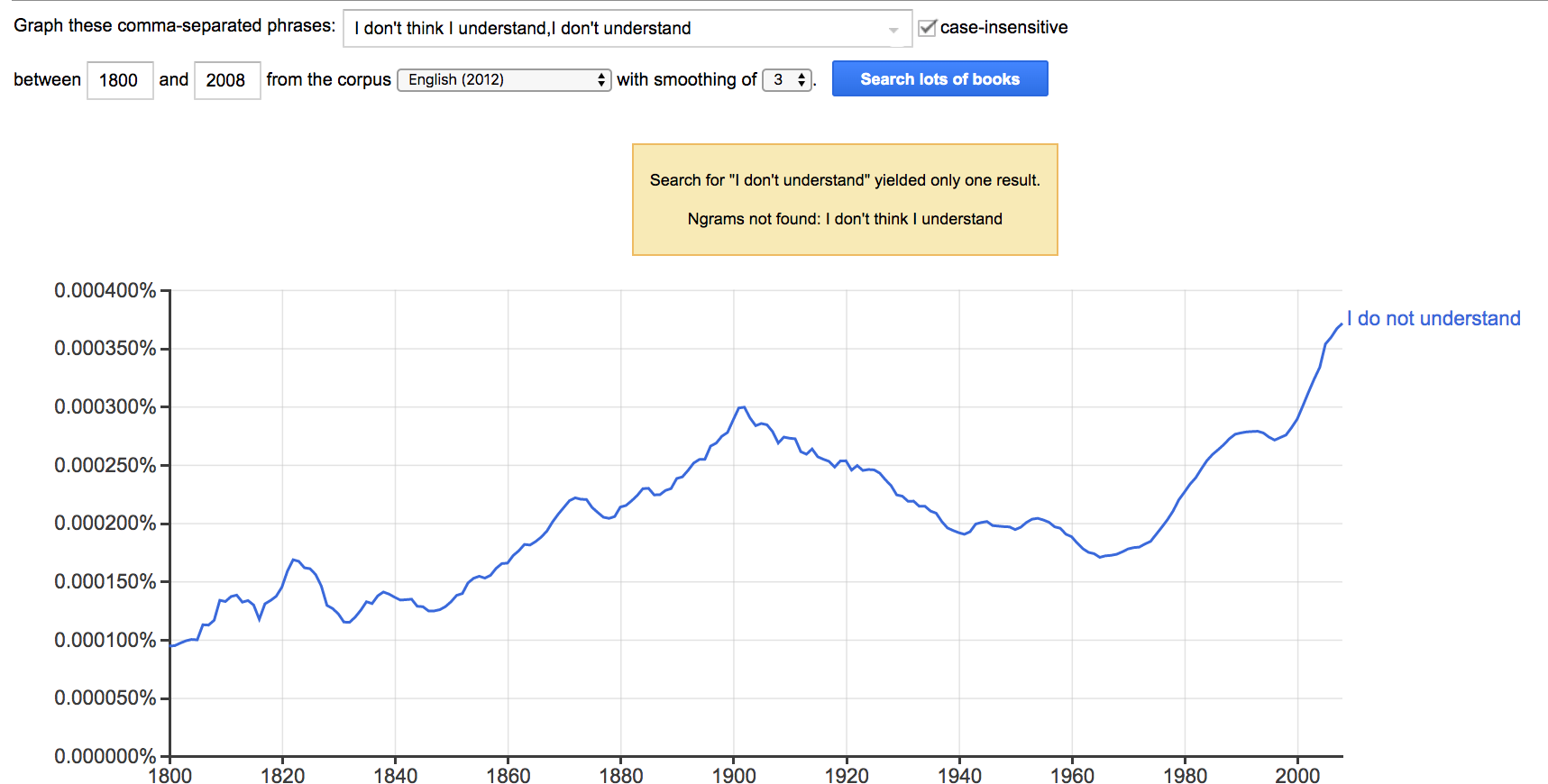 So, what is the difference between "I don't think I understand" and "I don't understand"? Is the latter more formal than the former, therefor no published book uses the former?

In this context, the use of the word "think" is generally used to soften the statement.

"I don't understand" and "I don't think I understand" mean basically the same thing, but the first one is more blunt, and in some cases could be interpreted as confrontational or impolite (with an implication of "I don't understand because you failed to explain it properly", for example), while the second form makes a point of focusing the statement on the speaker themselves and their own thoughts, making it seem more about them than about the other person ("I don't understand, but that's probably my fault").

"I don't think I understand" can also be used to express some amount of confusion, instead of just lack of understanding. It can have the sense of "I thought I understood, but then something else made me think my understanding was actually wrong".

"I think" is used to mean you believe something may be true, but you are not certain.

Paris is the capital of France

Is a statement that you are certain of.

I think Budapest is the capital of Hungary

Means that you believe Budapest to be the capital of Hungary but you are not certain. "I don't think..." is just the negative of it.

I don't think Bratislava is the capital of Hungary

In your specific case:

I don't think I understand X

means that you are not sure if you understand X or not. For example you may have some understanding of X but you suspect that it may be wrong.

As @Foogodp points out, "I think..." can also be used as a rhetorical device to soften a statement or make it more polite. For example saying "You are wrong." can be seen as harsh and confrontational, whereas "I think you may be wrong" is less so. The meaning is essentially the same. In the second version you are expressing less certainty (whether you actually have less certainty or not) which makes the statement less harsh.

Not the answer you're looking for? Browse other questions tagged word-usage modality or ask your own question.