Is the phrase “a bottle of water” something a native English speaker would say? 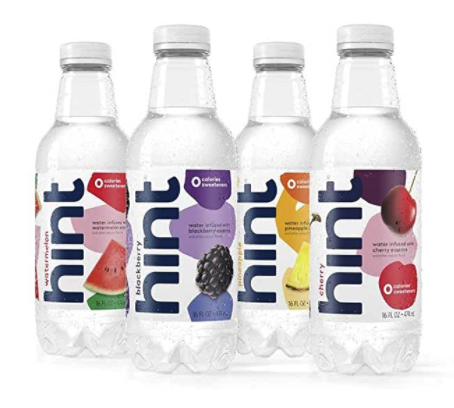 In school, I was taught there are four "bottles of water". Do native English speakers say it that way in everyday life, or would it be better to say "four water bottles"?

Yes, it's fine in everyday life. For example, in this recent headline from Metro, the free London newspaper:

Both phrases are idiomatic but they don't mean the same thing. The difference between "water bottles" and "bottles of water" is the water.

Bottles of water have water in them.

Water bottles can be empty.

You can see the same structure used with all sorts of English phrases, e.g.

If you say "water bottle" you're using "water" as an adjective to describe the type of bottle it is — a bottle (usually) used to store water. So that could be a branded bottle (e.g. Evian) or a reusable bottle that people refill from a water cooler or tap.

If you say "bottle of water" you're putting emphasis on the state of things — there is some water in the bottle, (but you're not commenting on the type of bottle).

So you could say:

Can I put cooking oil in a water bottle?

This person is asking if they can put oil into a disposable bottle normally used for water (water bottle). If they do, we could say it's a "bottle of oil" even though it's in a water bottle :)

A bottle of water is any bottle that currently contains water.

A water bottle is a bottle designed/intended to hold water. If you get an empty Coke bottle and put water in it, it's a "bottle of water" but not a "water bottle".

Now people do reuse purchased bottles of water and those do get called water bottles, but if you say "water bottle" most people will usually think of a product purchased without water, usually made from heavy duty plastic or steel. 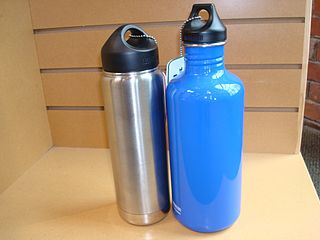 A bottle of water is a bottle with water in it. A water bottle is a bottle that is used to hold water whether or not it contains water right now.

This applies to many containers that hold liquids: a teapot, a pot of tea; a paint bucket, a bucket of paint; a wine glass, a glass of wine.

Agreed with Curiousdanii, but with one clarification. A "water bottle" is always a multi-use item, not a single use plastic bottle. Even when empty or when something else is in it, it's still a "water bottle" and is referred to as such. Even is someone refilled a crinkly plastic single use bottle and is using it as a "water bottle", it's only obvious if you're pointing to it when you say "Hand me my water bottle." Otherwise I'd look around for a metal or hard plastic one until they said, "that one there!". A plastic bottle of water is usually referred to as "bottled water" (at least where I'm from) and is referred to that way "How much for a bottled water?", or can be "How much for a bottle of water?", but "How much for the water bottle?" is almost always said with trepidation referring to an overpriced contraption with special insulation or at least an easy open non-spill top.

“Bottle of water” refers to the container and its contents.

“Water bottle” refers to the container.

A water bottle is a bottle for water[1].

A bottle of water is water in a bottle.

[1] But not necessarily containing water.

In an era of hypermarkets this distinction has been lost but once you had to visit two different places to buy a bottle of water and a water bottle.

5
'Would' vs 'should', expressing expectation on the part of the speaker
0
Is it okay to say “15 minutes of four” in English?
24
Glass vs Cup - differences in usage
2
What Microsoft calls most commonly confused English words
0
“under the water” vs. “in the water”
0
position of “because”
0
“familiar to” vs. “familiar with”
0
Do native English speakers say "Aladdin touched his fingers on the ring”?