In English, there are series and parallel: 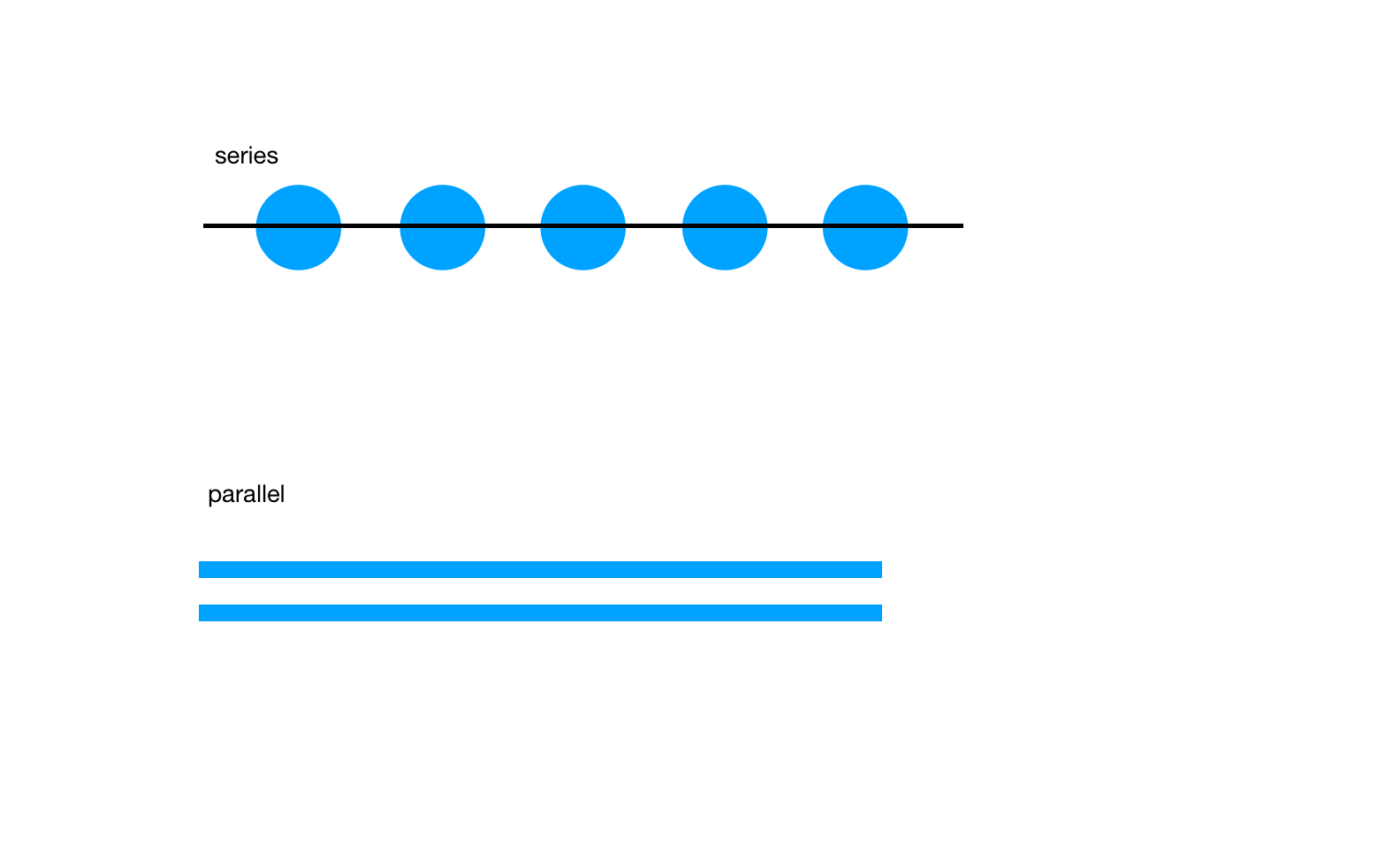 Whether the inline meaning is as same as series?

if not, what's the meaning of it? can use image to representative it ? and is there any correspondent word to it? such as series to parallel.

Speaking from some engineering experience (though maybe not your particular line of work based on the provided link) I think there may be some confusion about the word "Series" here. Series can usually have three meanings in technical or digital contexts.

(1) A version, or 'release type' of something

'SRX Series' is referenced several times in the Juniper Network Link you provided earlier which I believe references a set of SRX (whatever that is) types. for example it lists SRX1400, SRX4600, etc. In the same way I could say "My friends and I all have Samsung Galaxy phones, but they are not all the same series", meaning "We all have phones that are labeled as Samsung Galaxy but they may differ in actual title, eg. Samsung Galaxy Note 8 vs Samsung Galaxy S10" One is from the Note series while the other is from the S# series. I don't know enough about phones or manufacturing series to expound upon this any further.

Similar to the picture you gave above, circuit elements can be in series or parallel depending on how you want the circuit to run. Another common colloquial description (though not the official term) is "inline" circuit elements. Series circuits are typically diagramed as follows:

Parallel is the correct antonym of this kind of "series." See the image source link for more information.

When writing in a programming language you might be trying to make things happen in series or parallel, but I am not advanced enough in computing to know whether you can actually have things happen simultaneously (in parallel) in code. My understanding is that you can reduce it to a very close succession, but not ever get things to happen at the same time. Computers haven't gotten that fast yet, as far as I know.

You actually asked about "inline" though so, now that you hopefully understand "series," I will attempt to address "inline." (also sometimes written as "in-line")

According to Merriam Webster, Inline is an adjective that describes things that are organized in a straight line. You can have inline roller skates (sometimes called roller blades) that have wheels fixed in a straight line rather than a box shape. Other things (not skates) are called "inline" when they are always necessarily structured in a straight line. The antonyms of inline, could be crooked, askew, scattered, or unbalanced.

Alternatively, in the tech world, an "in-line" command or operation would be a thing that necessarily happens in an order or succession of other things. It would be hard to have an antonym of this because of the instantaneous computing issues that computers face (mentioned earlier). Maybe parallel or simultaneous would be antonyms of it, but I'm not sure.

Not the answer you're looking for? Browse other questions tagged meaning image-identification antonyms or ask your own question.