I am aware the meaning of "trip"

I guess this is called "tripped over a cable" 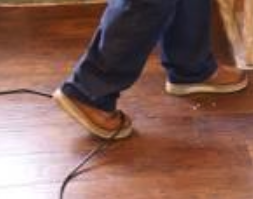 I see some people say "tripped on a cable". A post explains the difference as

tripped on just says where the trip occurred. You can trip on the step without the step being in any way defective. Tripped over indicates exactly what caused the trip. The cable was where the tripper didn't expect it to be.

I don't really understand that. It seems that both "tripped over a cable" and "tripped on a cable" indicate the trip occurred at the place where that cable was put.

In case that the cable example turns out be a bad example, here is another case 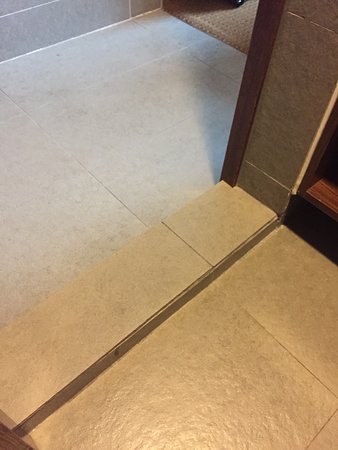 I tripped over this 1 inch stone lift ...

Does the following version mean the same thing as the one above?

Google Ngram shows that both expression is used.

I think both can be used interchangeably.

If one was to be really super pedantic, and want a way to split them, you could say that using "tripped on" places the blame directly on that object (eg: cable, step), whereas tripped over could be more ambiguous as to what caused the trip - "I tripped over the rug" could be interpreted as I tripped (on some unknown object), and then proceed to stumble over the space occupied by the rug.

But in practice, both uses are fine to describe the same thing.

I think there is a complication here because both "tripped on" and "tripped over" can have multiple meanings:

"tripped on" can mean either that the mentioned thing was the thing that caused one to trip, or it can just mean that one was "on" (on top of, or at the same location as) the thing when one tripped, so "tripped on a cable" probably means that the cable caused you to trip, but "tripped on the stairs" doesn't necessarily mean that the stairs caused the trip, you might just be saying that's where you were when you tripped.

"tripped over" can mean either that (again) the mentioned thing caused one to trip, or it could just mean that when you tripped you went over something in the process of falling, etc. So, "tripped over a cable" probably means that the cable caused the trip (the same as "on"), but "tripped over the wall" probably doesn't mean that the wall caused the trip, but rather that something else caused you to trip and in the process of tripping, you ended up going "over the wall".

So both "trip on" and "trip over" can mean that the thing caused one to trip, or they might not. Which one is meant is often a bit ambiguous, but usually not that hard to figure out from context and what the thing in question is.

4
Is there any difference between “twice, three times, etc.” vs “twice over, three times over, etc.”?
2
over the vending machine / over tea / over the fence
2
Does “more than” mean “over”?
1
Cry over vs. cry all over
7
What's the difference between “trip” and “excursion”?
2
Business trip, but not commercial activity
2
less of a trip and more of a mellow high
1
A “mountain sense water”?
1
What is the meaning of “a trip and a kick ”?
0
The meaning of “into whose orbit had now projected itself…”