The inclusion of 'over' as a pre-modifier to the locatives / directionals 'here' or 'there' connotes the intervening area.

happening between two times or between other events or activities 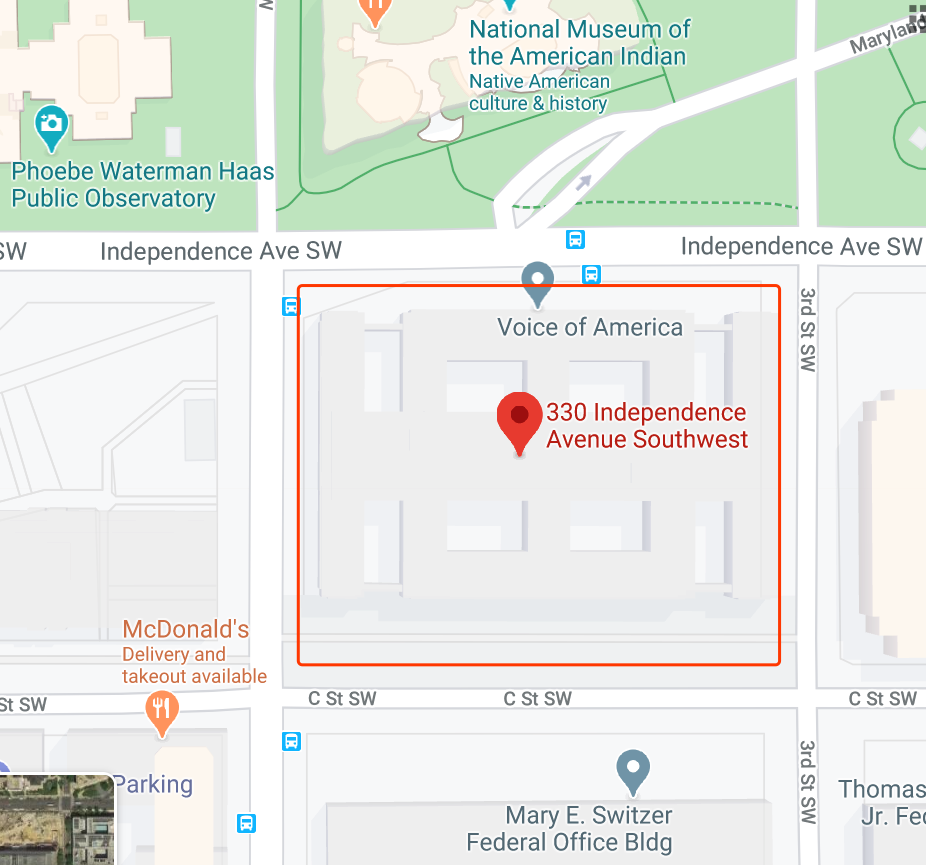 If yes, it is an "intervening area" between which areas? the other 8 blocks? Could someone please give a hint? Thanks in advance.

If you are on Independence Ave and I am on C St SW, then the area around a line drawn between us (in some very vague an not specially defined way) is the intervening area.

There is an area between the National Museum of Native American History and the Mary E Switzer Building. That "intervening area" would include the Voice of America building, and sections of several streets and avenues, and a grassy area in front of the Museum. But an "area" doesn't mean "city block".

Nobody every talks like that, except when trying to be very precise (for example to explain a detailed point of English Usage, like the meaning of "over" in "over here".)

1
What does "debased area" mean?
2
what does mean " closing area to white settlement "?
0
Identify primary topic area from the list provided to which the abstract is best suited
0
What is "intervening noun phrase"?
2
What is a block? Describe a block by streets
0
Are "conversation" and "exchange" interchangeable in some cases?
0
"here" vs. "over here" in an area of an eye
0
meaning of "within sb. reach" in context
4
"going to do" vs. "going to be doing"