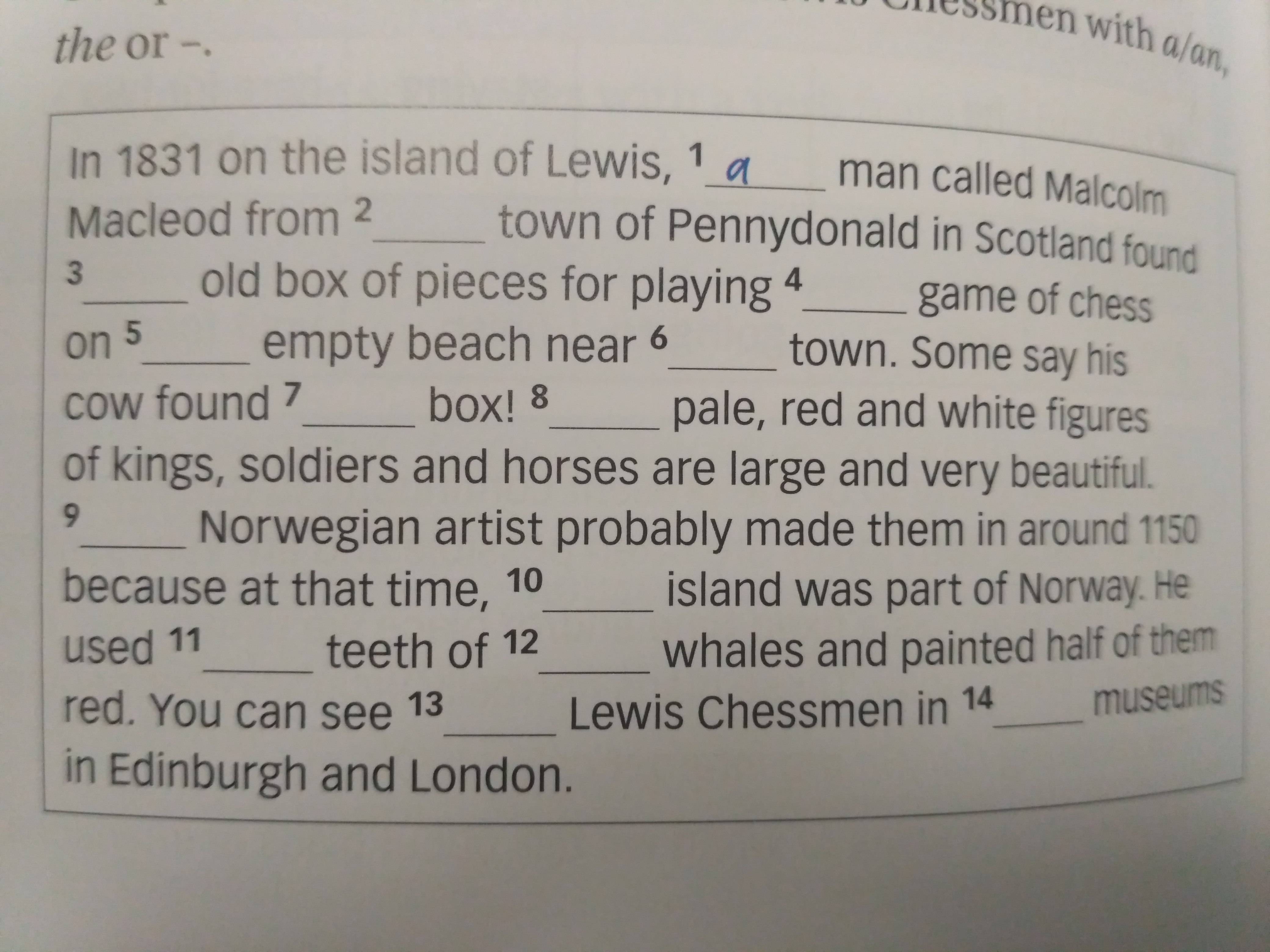 I was wondering if you could help me with #11. The answers state that we need "the" teeth, but I don't get it. Is it because of the preposition "of" with some kind of explanation afterwards? I would put a "zero" article here. We don't know exactly what teeth they were (only of some unknown whales). So why to use "the"? It might be a mistake in the answers of the book, but what would you put in here?

The answers in the book are correct; I would put "the" in front of "teeth of the whales." It's the teeth, not the eyes or the tails, for example. Also, sometimes people carve little statues from the bones of animals but in this case they used the teeth.

There is another reason for saying "the teeth" instead of just saying "teeth." "The teeth" indicates number or definite limit. It implies that all or most of the whales' teeth were used, not just one or two or half a dozen. It also implies that the number was limited to these whales, i.e. that the person did not randomly take a few teeth every time a whale was caught.

It is possible to use "teeth" without an article. We could say:

To make his chessmen in 1150, the Norwegian used teeth from whales off the coast of Scotland.

This implies that he picked the best two or three teeth from a large number of whales. We don't know how many whales or how many teeth from each. We only know that the material was tooth rather than bone or wood, and that it was whales' teeth rather than dogs' or pigs' or cows' teeth.

You will notice that I used no articles for most of those nouns (teeth, bone, wood, whales', dogs', pigs', cows'). That is because we are speaking about an open and limitless random situation. I use this for comparison to show that the case in the book is definite and requires the definite article "the."