I need to know what you normally call these pieces of paper which you receive from cashier at any supermarket when you quit there: 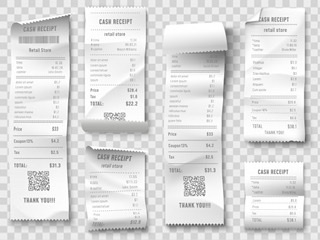 With a simple search on the Internet you can easily find out that there are lots of links for both "supermarket bill" and "supermarket check".

I am well aware about the semantic differences between the two and various usages of each word, but I have no idea how it works when it comes to the paper which includes the list of purchased items at a supermarket.

Is there a regional (AE/BE) preference or they both can be used everywhere interchangeably as it goes with restaurant case?

If you look at the graphic you attached to the question, you'll see the answer already provided.

At a supermarket, where you've already paid, you get a receipt:

[Merriam-Webster]
1 a : a writing acknowledging the receiving of goods or money

It's only at a restaurant, for example, when you're given a statement of what you ate and how much you still owe, that you are given a bill or check (or cheque, depending on your country).

Once you've paid the bill, then what you get after that is the receipt—an acknowledgement of having paid and what you paid for.

That's why, on leaving a restaurant, you normally have two pieces of paper: one is the bill (the request for money), and the other is the receipt (the proof of having paid).

In informal conversation, we might ask What was the bill? This just means How much did it come to? If you look at your grocery receipt, you can determine what the bill was before before you paid.

But also in informal conversation, in this context, the wording is blurred. If you handed somebody your grocery receipt as proof of what the bill was, you would not actually be handing them the bill—just indicating what it must have been. However, many people don't make this distinction.

In supermarkets, there is seldom a printed copy of a bill (or check). Instead, you simply see the electronic version on the cash register. Once you've handed over the money, what they print out is the receipt.

While the bits of paper are technically receipts, in Australia at least, the receipts from supermarkets and the like (those thin, but long, usually thermal paper type) are generally known as 'dockets'. This uses the meaning shown here in reference to UK Commerce: "an official document describing something that has been sold or taken to a customer"

1
"check out", "check in", or just "check"?
0
My cellphone bill cost too much
0
Check? Confirmation? Verification?
3
Difference between invoice and bill
1
What's a term that can encompass "check in" and "check out"?
1
formal way to expressing check out some place
0
"Bill doesn’t run or swim."
0
A bill or the bill
1
Check or check in (luggage)