Is the sentence "What social problems exist in big cities" grammatically correct?

An English class use this as the topic for students. 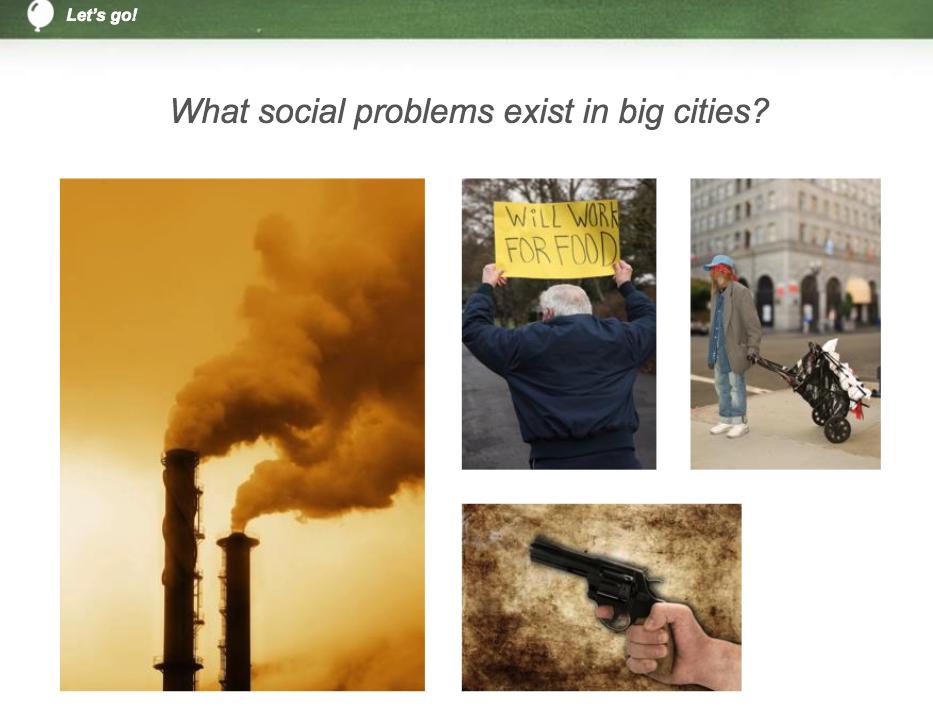 Typically, to construct a wh-question, one needs to use an auxiliary verb, such as "do/does", which the quoted sentence doesn't have one. So, is the sentence grammatically correct?

Therefore, questions asking for the subject and introduced by who, what, which, whose, how much/many are followed by the verb as it will appear in the answer:

By the way, in the source you just quoted you can read:

When what, who, which or whose is the subject or part of the subject, we do not use the auxiliary. We use the word order subject + verb:

What fell off the wall? Which horse won? Who bought this? Whose phone rang?

The bracketed part is the subject.

Where will you go?

2
So/Neither + auxiliary verb
1
Usage of word mention
0
have + past participle, versus did + verb?
0
Dilemma in using "so" or "too"
0
How to write these sentences sequentially?
0
Does this sentence need an additional comma?
1
What nuance does "Scientists do not really know." have?
0
Complex Object if Infinitive Verb is in passive non-proressive form