top [countable] the highest part or point of something

at the top Write your name at the top.

The wind was blowing in the tops of the trees.

Books were piled on top of one another.

There was a vase on top of the bookcase.

Many people were crushed when the building collapsed on top of them. 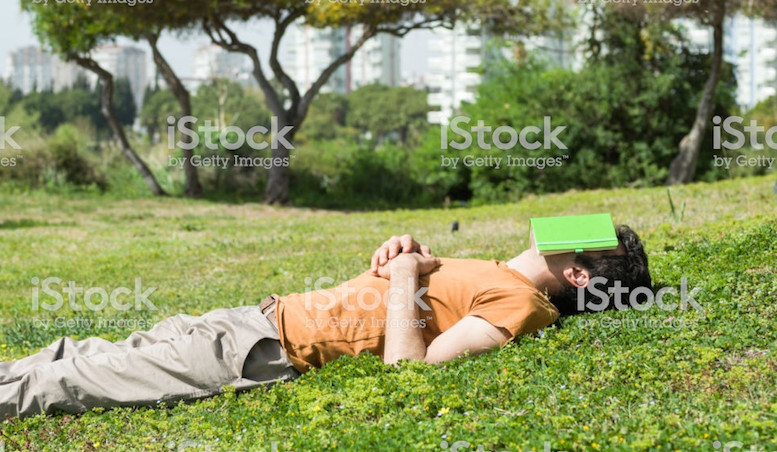 According to my research, "on top of something" is simply on something.

So, if you are lying face-up, the book is on your face or "on top of your face"

This is what I am guessing. I might be wrong.