Is it correct to say "the Lego got broken apart"? 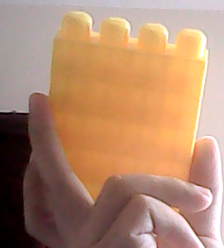 You're holding a Lego as shown in the above picture.

But because the Lego is of poor quality, the blocks did not stick together and while you were holding the Lego, somehow it got separated as shown in the below picture. 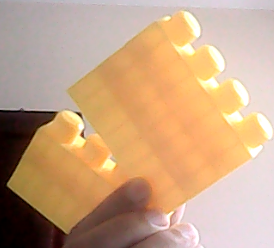 Is it correct to say "the Lego got broken apart"?

The verb "break" is too much. It was just that the Lego blocks got separated. And a child may not understand the word "separated"

1
Is the usage of 'apart' correct here?
0
Is it idiomatic to say "Oh, this Lego is of very poor quality. This red brick doesn't tightly fit in the yellow one"?
1
Is it correct to say "I ripped the cardboard apart by its side" in this specific situation?
0
Is it correct to say "Please hold on to the subhandrail and railings while walking up the stairs"?
3
Is it correct to say "This Lego toy is interesting. You can mix and match different Lego blocks to create different stories"?
0
Can we say "the tree broke down while it was raining cats and dogs" in this situation?
0
How would a native speaker qualify or respond to such an accusation?