“…since their great adventure leading parties to many parts of the world.”

On February 14, Ann and Liv had hundred of miles to go. There was still very little wind. The women made a difficult decision. They asked to be picked up by an airplane with skis. The plane was standing by to help them. It carried them to the ship. They felt sadness at not completing the entire journey. But mixed with that was relief that their ordeal was over. Ann and Liv have spent the years since their great adventure leading parties to many parts of the world.

Does “with skis” mean Ann and Liv's skis? I don't understand "leading parties". Does it mean leading a group of people?

Aircraft landing gear come in many different forms. Most often, it is in the form of wheels on airplanes and skids on helicopters. Aircraft that have to land on water have hulls or floats. Aircraft that land on snow have skis. The aircraft itself will have the skis attached to their landing gear. And, “parties” does mean groups of people.

Here is a link to the FAA Seaplane, Skiplane, and Float/Ski Equipped Helicopter Operations Handbook 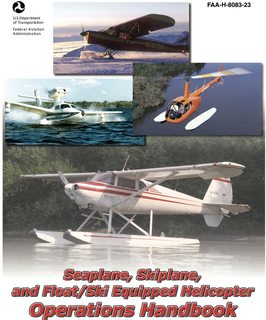 Airplanes usually use wheels as a support during parking. In the Antarctic and Arctic latitudes, special skis are used instead for this purpose, fixed to the fuselage of the aircraft. It seems that in this case, the travelers were in Antarctica. And that the story is about the events of the last century, and has been written by the people having had diplomatic experience. Now researchers in Antarctica use special helicopters.

Lead smth means here to make people have a particular way of life being used figuratively, or to guide as influence to a course of action or thought, for example, to lead pupils to think clearly.

With due regard for the questions that have been recieved concerning the grammar of the sentence I should point out the following.

Parsing the sentence makes it possible to notice that the perception of the meaning is dependent on the style of a sentence here. Such grammatical point is of great interest for the advanced learners.

The sentence is parsed as following: Subject [Ann and Liv] Predicate [have spent] Direct object [the years] Adverb1 [since their great adventure] Adverb2 [leading parties to many parts of the world]. Adverb1 is a Prepositional phrase having the preposition Since as its Head.

The grammartical indication of such Subject is obligatory for understanding any sentence of the type correctly. Such indication comes to be by means of the punctuation and style markers in the written speech, and, intonation, stress and pause in the spoken speech.

The overall style of the fragment and the sentence itself are elevated obviously. It makes possible to use the so called Absolute participle clause which has its own subject expressed explicitly. For example it looks here as it follows: Their great adventure leading parties...

In such case the participle clause is an Adverb of the sentence having the same Subject as the whole sentence.

The issue described is specified as the problem of the Dangling participle modifiers in many grammars.

Not the answer you're looking for? Browse other questions tagged meaning-in-context gerunds or ask your own question.