What is this keyboard called in English?

I need to know what this non-QWERTY keyboard is called in English, i.e. the one with the grouped [ABC] and grouped [DEF] etc. 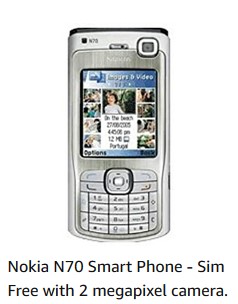 EDIT I have asked this question just to know how do I enable this [ABC] keyboard on my smartphone (if this is possible at all).

If you want to Google how to enable/disable this keypad, you might want to Google "3 x 4 keyboard" or "3 x 4 keypad". It's certainly called by this name in some of the online documentation.

It's a telephone keypad. There is a standard, E.161 which defines which letters correspond to which number keys. 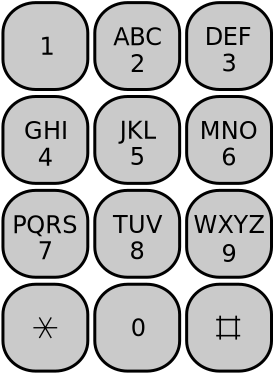 As others have said, this is a "numeric keypad", but as a mechanism for typing words, you will sometimes see it referred to as a "T9 keyboard". T9 is a predictive text algorithm that lets people use the nine numeric keys to efficiently "type” words, but any phone that uses that algorithm can be said to have a "T9 keyboard".

As other answers have said, the 3-by-4 grid of numeric keys is a telephone keypad.  But that doesn't usually include the surrounding keys.

There's no single word for that exact arrangement, as there were umpteen variations of that sort of feature-phone keypad.  (All had an ‘answer’ button and a ‘hang up’ button, and most had at least one ‘soft’ key, but some had many soft keys, in various arrangements; some had two arrow buttons, or four, with or without a centre button, while some had a mini-joystick in its place; some even had dedicated buttons for calendar, contacts, email, &c.)

So I'd call it a phone keypad.  (To me, that's less specific than telephone keypad, and could include all the varieties above.)

Or, even more generally, just keypad.  (Which would also include door-entry keypads, lift/elevator buttons, ATM keypads, and the like.)

@Glorfindel's answer is technically correct, and @CanadianYankee's answer would be good for someone who remembers what texting with T9 input is.

However, both of those run the risk of not being easily or immediately understood by people these days.

Most people have smart phones, and direct manipulation of contacts without entering phone numbers is becoming widespread. For example, you might call someone on your smartphone through a contact that was provided by a website, an app, or forwarded to you through email or a text message. The concept of dialing itself outside of certain business settings is less and less of a given anymore.

So this type of phone keypad as well as the old-school notion of having to actually dial numbers to make a phone call is becoming sufficiently away from being a shared experience that the onus is on you to create a context where this is easily understood.

I would refer to it using phrases like the below, for the first time:

Thereafter you can refer to it as a keypad, numeric keypard or number keys.

1
What is it called in English a term that describes the self dependency of a technical device?
3
What is the name of this pâté "container" (image included)
0
Greek God names versus Greek-borrowed Roman God Names in English
1
What are nouns like "fish" and "craft" called?
2
Technical English for HTTP
1
How is it called when a police officer puts handcuffs on a criminal?
6
What is a non-prime number greater than 1 called in English?
1
How is this ornithologists' activity called in English?
0
Feel Jealous and Accomplished at the Same Time
21
What is this "opened" cube called?