What does "that's that" mean in this context 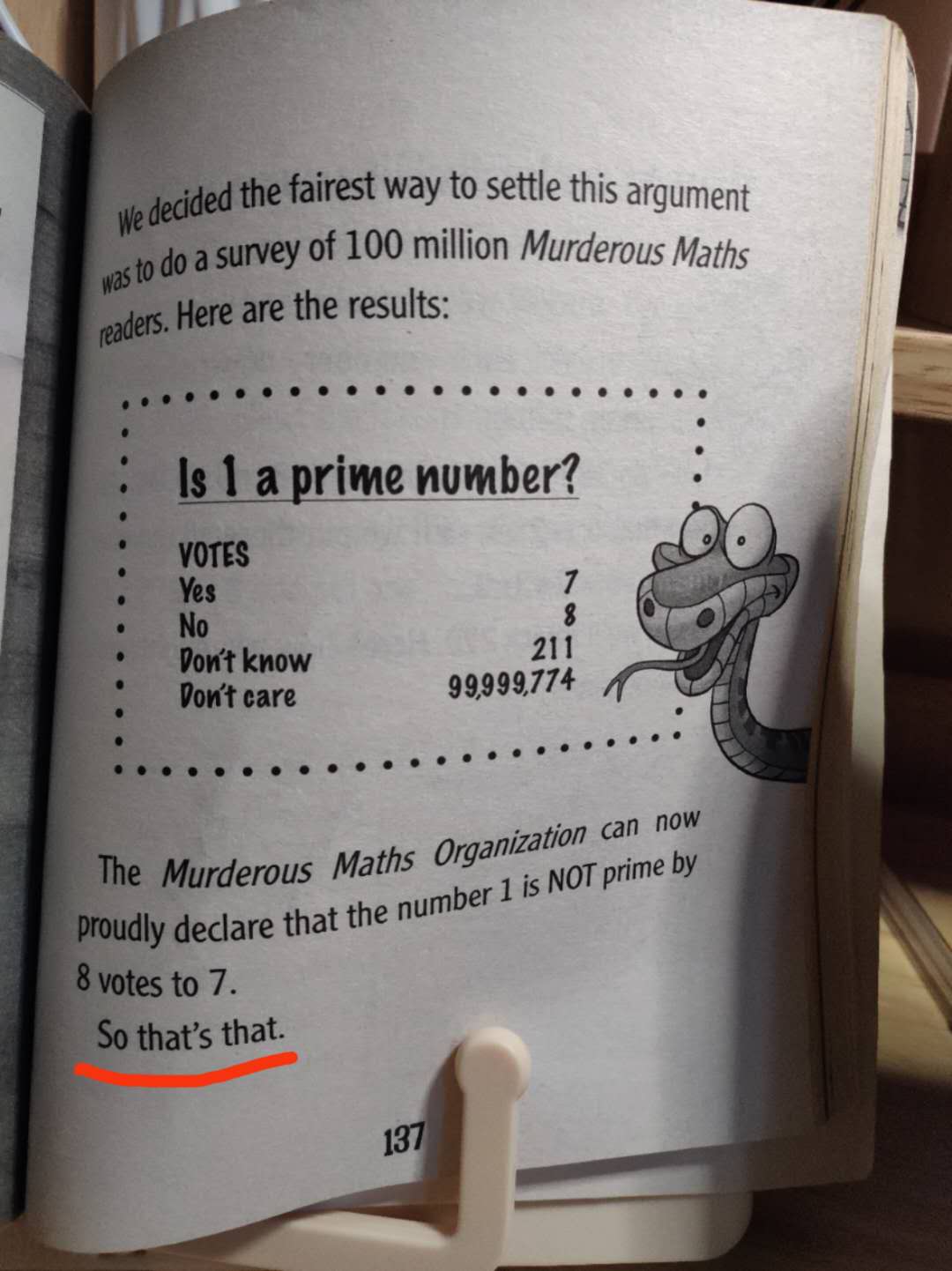 I've looked it up and know that "that's that" has several meanings in different contexts. such as "a piece of cake" or "it's done(reach a conclusion)". I can't decide which meaning it is in this context, I think both are OK.

We decided the fairest way to settle this argument(whether 1 is a prime number)was to do a survey of 100 million Murderous Maths readers. Here are the results:

is 1 a prime Number? Votes

The Murderous Maths Organization can now proudly declare that the number 1 is NOT prime by 8 votes to 7.

That's that is a very idiomatic expression.

an expression that shows that something has ended:
I won't agree to it and that's that (= I won't discuss it any longer).

Putting this definition into context, it just means "That concludes the matter."