Can I always drop the T and the D at the end of verbs in the past (or past participle) tense when they come between two consonants sounds?

I am Brazilian and I'm trying to improve my English-speaking skills. I having a tough time linking verbs in the past tense to words starting with consonants other than T and D. I learned that many native English speakers drop the D and T sounds when they come between two consonants sounds.

Here are some examples:

I don't know if there is a pattern, but I noticed some native speakers pronouncing these two letters when they are not speaking fast.

In some cases, /t/ and /d/ (alveolar stops) decay to [ɾ] (alveolar tap), which may be difficult for you to hear since it’s a less distinct sound and not the one you’re expecting.

As a native speaker, I can still hear the difference between “I talk with” and “I talked with”, or between “burn the toast”, “burned the toast” and “burnt the toast”, etc., but the faster I go, the more subtle it gets. If I slow down to hear it clearly, though, the original /t/ or /d/ comes back.

The best way I can explain it is with the words “tutor” and “Tudor”. These clearly have different sounds if you alternate between them slowly, but as you speed up, they will begin to merge into the same sound as the tongue is forced to move faster.

In casual speech glottalisation of /t/ (its replacement with [ʔ]) - in at least some positions - is far more widespread that AAVE or Cockney (the varieties that have been cited).

For instance, I believe Wikipedia is correct to state that:

In RP, and in many accents such as Cockney as well as all American English, it is common for /t/ to be completely replaced by a glottal stop before another consonant,as in not now [nɒʔnaʊ] and department [dɪpɑː(ɹ)ʔmənʔ].
(Emphasis mine)
[Glottal replacement]

No - you shouldn't drop these sounds. If you dropped the -ed sounds from the end of "expressed" it would sound like "express", which is the wrong tense and the sentence would sound grammatically incorrect.

Let's look at your first example:

The government has expressed support

You're asking if you can drop the hard sound because it 'comes between two consonants'. By that you must mean the ss in "expressed" and the s in "support".

Native speakers have no problem pronouncing this. Otherwise we would be unable to say words like breasts, chests and nests. Listening to the way these words are pronounced might help with the transition between the two words in "expressed support".

The same goes for your other examples such as "heightened confusion". Words don't have to flow into one another, and there are even noticeable breaks in compound words such as "nutcracker" or "frontcourt".

There is a basic rule here for English learners: ed has three different pronunciations in English based on whether the final consonant is voiced (using the vocal chords) or unvoiced (not using them) or a separate syllable. For example:

Here are the rules:

This is all taken from HERE: Woodward English which is an excellent site

And here is a chart from that site: 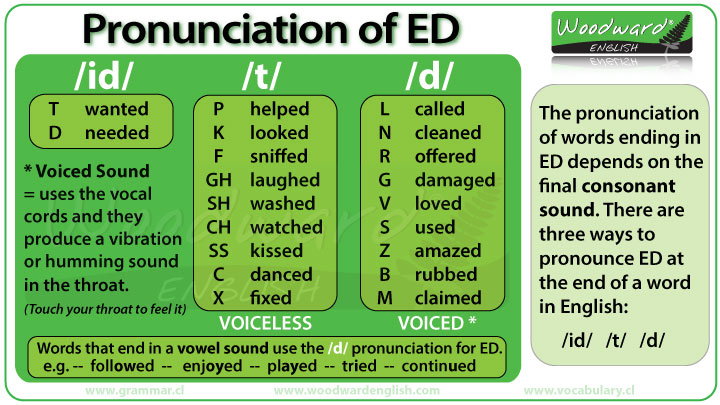 Please note: in Portuguese, for example, there are no words ending like this (final t as tapped) or with a final d. Most words end in separate syllable which is why it takes practice to understand this and learn it. Obviously, you have to know the pronunciation of the word in order to know how to pronounce the ED at the end. So, if you learn "talk",that k is voiceless, therefore, talked has a t sound. Likewise, if you learn "learn", you should be able to produce the final d in learned.

Be careful not to say walk-ed with ed as a separate syllable and practice saying: walkt. Many Portuguese speakers do not make that distinction in English, at least when they are beginners.

English speakers all make these distinctions and most of them have no idea why. Most don't until they learn how to teach formally teach the language or do some kind of phonology training in linguistics or speech therapy...

The good news here is that this applies to most varieties of English. Tnere is no difference, for example, between BrE, AmE, CanE, AusE,SaE with regard to these pronunciation rules.

[Even in cases like "I talked to my father" in AmE you get: "I talkta my father."" The final t is very clear though in speech squished together with the pronoun to which becomes an ah sound.]

Not the answer you're looking for? Browse other questions tagged past-tense pronunciation spoken-english silent-letter or ask your own question.

0
what is the between past and past participle in meaning only
3
Distinguishing past participle and adjective when spelled the same
6
I am a native Italian speaker. How can I avoid putting extra vowels on the end of words that end in consonants when speaking English aloud?
1
Can you switch between past tense and historical present?
1
How can I differentiate between the past indefinite and the past perfect?
3
Can I drop both of the “h”s in the phrases “his or her”, “him or her” and “his or hers”?
3
The difference between past tense and had pp?
0
Comparing two sentences is the same meaning (Past and Past perfect tense)
0
The difference between “when + past simple” and “when + past perfect?”
0
A sentence that uses the past tense of two verbs one after another