How to differentiate p from b?

I hear Stephen Harber instead of Stephen Harper. Is the presenter really pronouncing Harber? Or am I not differentiating voiced, b, from unvoiced, p? Which is the case? If I’m wrong, would you let me know how to differentiate between the two?

If you're interested in a slightly more technical explanation...

The reason that we're hearing it as /b/ rather than /p/ is likely because the two things that we usually look for are absent:

What you have below are a spectrogram (above) and waveform (middle) with annotations (below) for Harper.

The main issue with stops - of any kind - is that they're relatively boring sounds, there's not much happening in them.

You can see striations at the base of the spectrogram where he pronounces the vowels, but not during /h/ and /p/ - these indicate voicing.

Also, Australian English is non-rhotic - the /r/ in Harper isn't pronounced. Were this pronounced by an American English speaker, for instance, where the /r/ is pronounced, the /p/ is much more obvious and distinct. 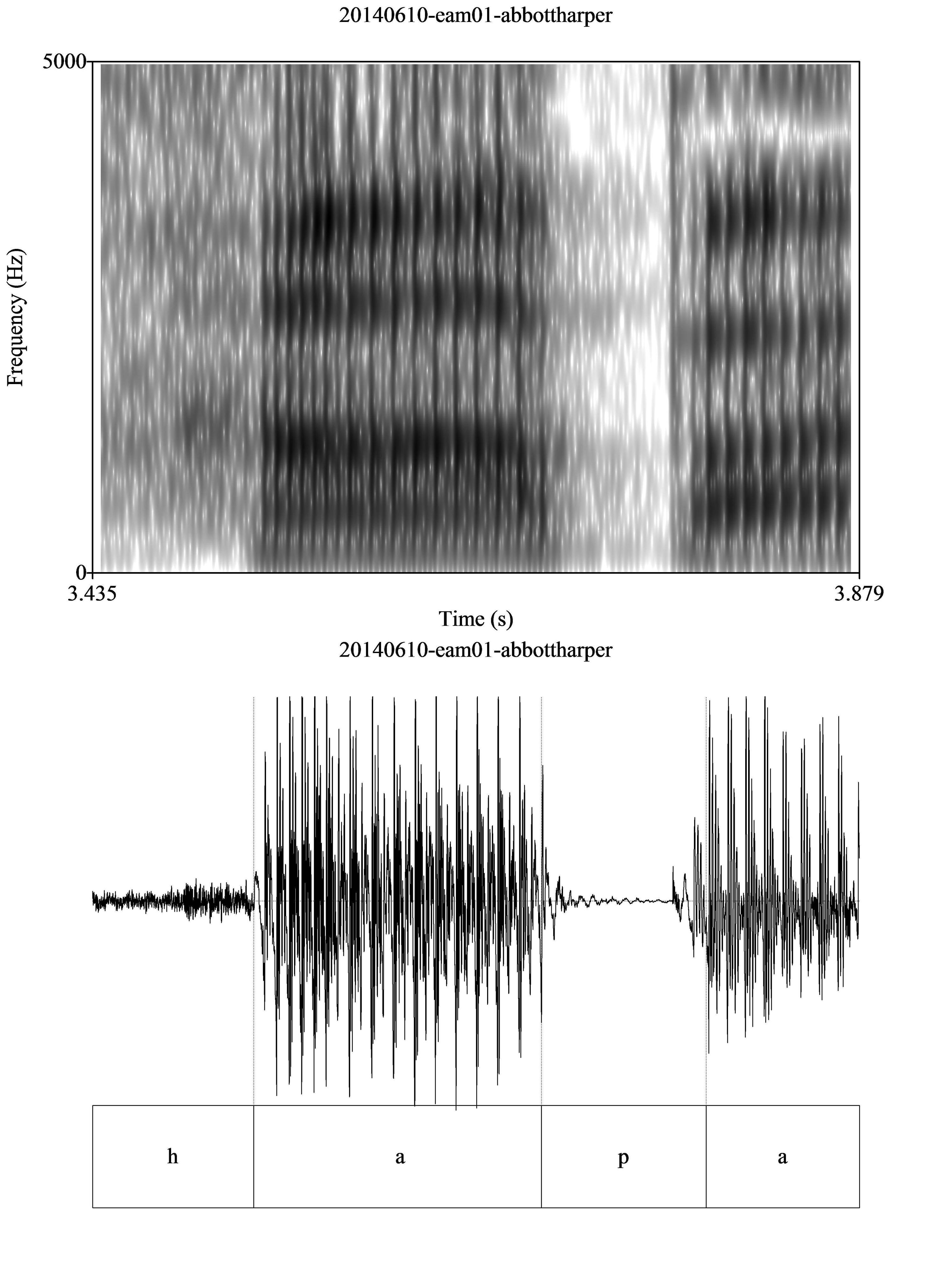 Obviously, this kind of answer is more at home on Linguistics.se, but I thought I'd throw this in because I find it really interesting, and it might actually be of use to any language learners who happen to be trained in some articulatory/perceptory phonetics.

I hear a p sound when I listen to that recording, but I think that is simply because of context clues. I know that the Canadian Prime Minister's name is Stephen Harper, and additionally I know that Harper is a much more common word than "harber", which is not a word (though "harbor" is). My ear is therefore much more willing to hear it as "Harper" even though the recording is a little bit ambiguous.

Listening critically to the recording, it does indeed sound like the narrator is saying "harber", with a voiced b sound. It sounds a little odd to my (American) ear, but I think it just has to do with this particular reporter's speech habits.

Not the answer you're looking for? Browse other questions tagged pronunciation .