How to express “to show the inner part of one's lower lip” to show disapproval? 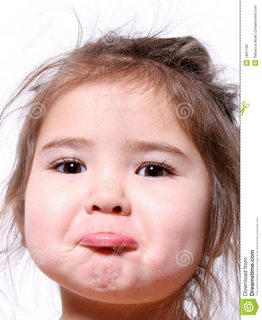 The above girl showed the inner part of her lower lip.

It seems that people say "she curled up her lip".

However, the dictionary say

So, I think "curl up one's lip" should be like the below picture. 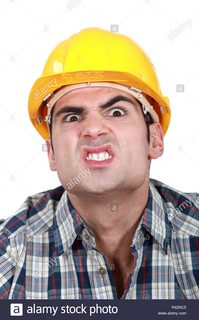 How to express "to show the inner part of one's lower lip" to show disapproval as the girl shown in the first picture?

Curling of the top lip is called 'sneering' and shows contempt.

Curling of the bottom lip is usually called a pout and can show unhappiness or dissatisfaction when accompanied with a scowl.

Pout: to show displeasure by thrusting out the lips or wearing a sullen expression.

Note that some people pout their bottom lip as part of an expression of surprise, usually accompanied by raised eyebrows.

"Pout" can also mean a pursing of both lips, but note that this is a secondary definition in the dictionary quoted above.

You might also find this discussion on the sister site useful as it focuses on the curling of the bottom lip rather than the top, although it is talking about the look before someone cries, rather than an expression of disapproval.

1
How to express looking from the outside, and inside, the “outside-look” and “inside-truth”
1
How to express the sentence in the question
0
How can I use a simple phrase to express “the location to get one's gift card”
0
How to express this action in English? Could you sit further to the side?
0
Do you say “the gut of a pen, a mobile phone, or a machine” when you want to refer to the inner part of a thing generally?
1
What is the part of an outer mouth that is limited between the upper lip and nose called in everyday conversations?