Is it correct to say “The bolt has an external male thread” and “The nut has an internal female thread”? 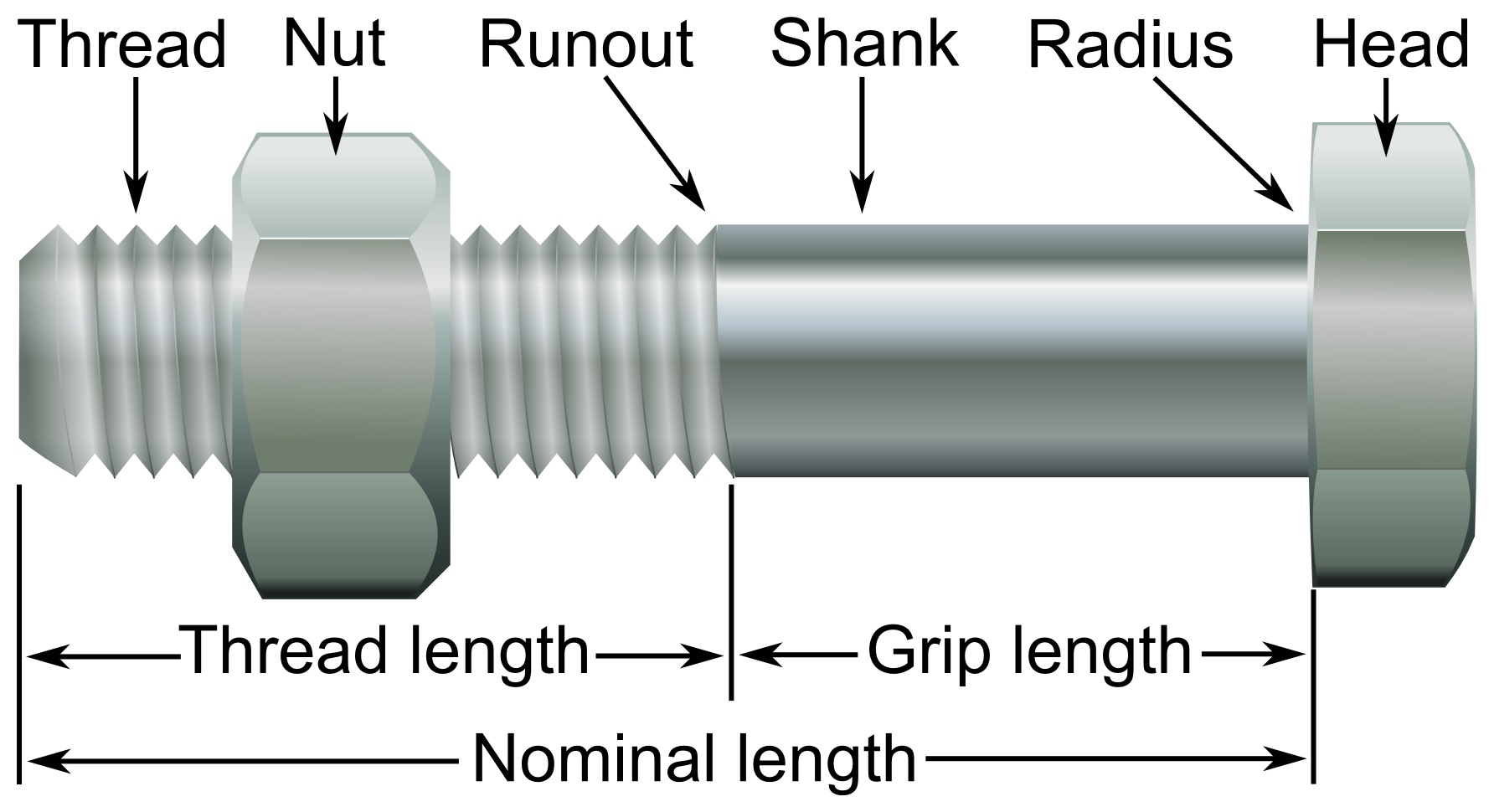 If a bolt had 2 threads, it would mess things up.

It is technically correct but redundant. A bolt is a threaded male fastener, and the thread will always be on the contact surface, which is the outside for a male fastener. Similar for a nut.

"This nut doesn't fit tight on this bolt. I think the thread of either the bolt or the nut are worn"?

“thread” is singular, which requires “is” rather than “are”, but otherwise correct.

You could also say “threads ... are”, which is common even when there’s technically only one thread.

3
Which way can 'fit' go?
0
Does “medium appearance residential buildings” express that the buildings are somewhat aged and worn out?
0
“Why are you so self-conscious over that for?”
1
An expression meaning doing long and hard mental work resulting in extreme mental fatigue
0
Fit in with/fit along together
0
Do we say “the bolt is coming out” or “the bolt has loosened”?
2
Is there any saying about “learning by messing up things”?