Which phrase, if any, of the following, is correct with regard to each single element of my puzzle design: 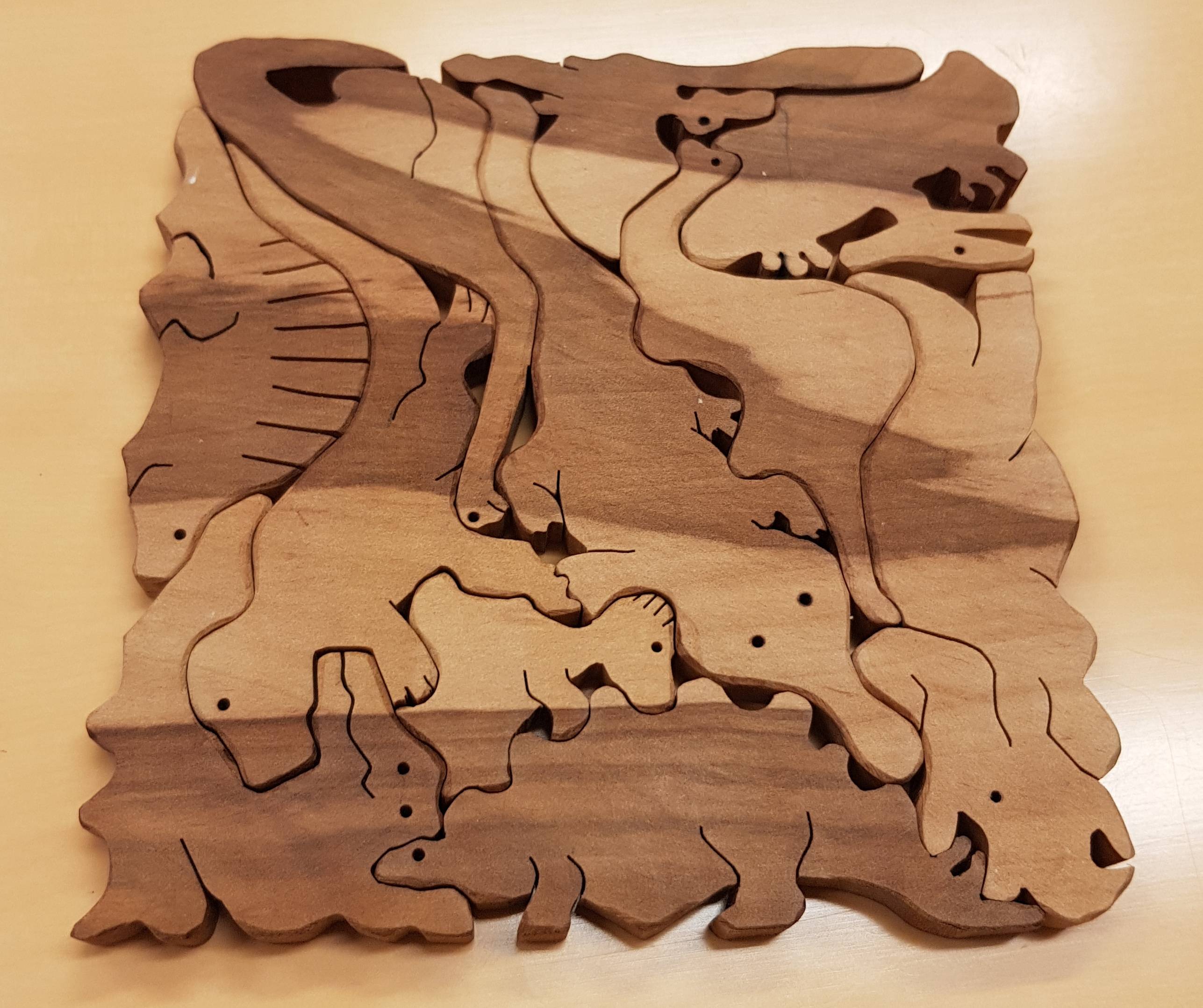 I find support for "have a shape" in texts related to geometry. Here is an example:

I would like to find a compromise between brevity and precision. I want to point out that the puzzles are different from ordinary jigsaw puzzle in which each element is a rectangle with tabs and blanks.

The best solution would be a two-three word phrase for layman audience.

"Have the shape of" isn't really the best way of saying what you mean.

If you have something that belongs to someone else then you have the actual thing, or it is identical. For example, if someone says "I have my father's nose", it means their nose is identical to their fathers. A wooden toy isn't exactly the same shape as a real dinosaur... what you are trying to say is that it is like, or resembles the shape a dinosaur - recognisably so.

"In the shape of..." is an idiomatic phrase, you'll find it in the dictionary, and it means "in the form of something, or appearing as something". The toy has been made in a particular shape to appear as, or resemble the form of a dinosaur.

Another idiomatic way to say this would be "it is shaped like a dinosaur".

In English, something is or isn't a shape. In English, we don't usually say: "have the shape of". There is an idiom: x takes the shape of y. But that is separate from this.

A circle-shaped canvas [for a painting, for example]
A square-shaped head [for a person or figure of a person, for example]

We say jigsaw puzzles are made of pieces.

Not the answer you're looking for? Browse other questions tagged prepositions phrase-request idioms phrases or ask your own question.

8
Does English have an expression for "Straw Enthusiasm"?
6
Is it common to say "I have a complaint about my order."?
2
What does it mean by "I'm in good shape."?
1
How to indicate that something is in the shape of 'finger'?
0
Does English have this idiom "fire raining/falling from the earth and sky"
1
To have a funny bone, meaning to have the sense of humor
0
What does the phrase "shape up" mean here?
1
How to negate "in good shape"
7
Do we have a phrase to express "to form arms in a shape of a cup"?