What do you call pieces of cardboard with political slogans on them?

What do you call these? Protest signs? 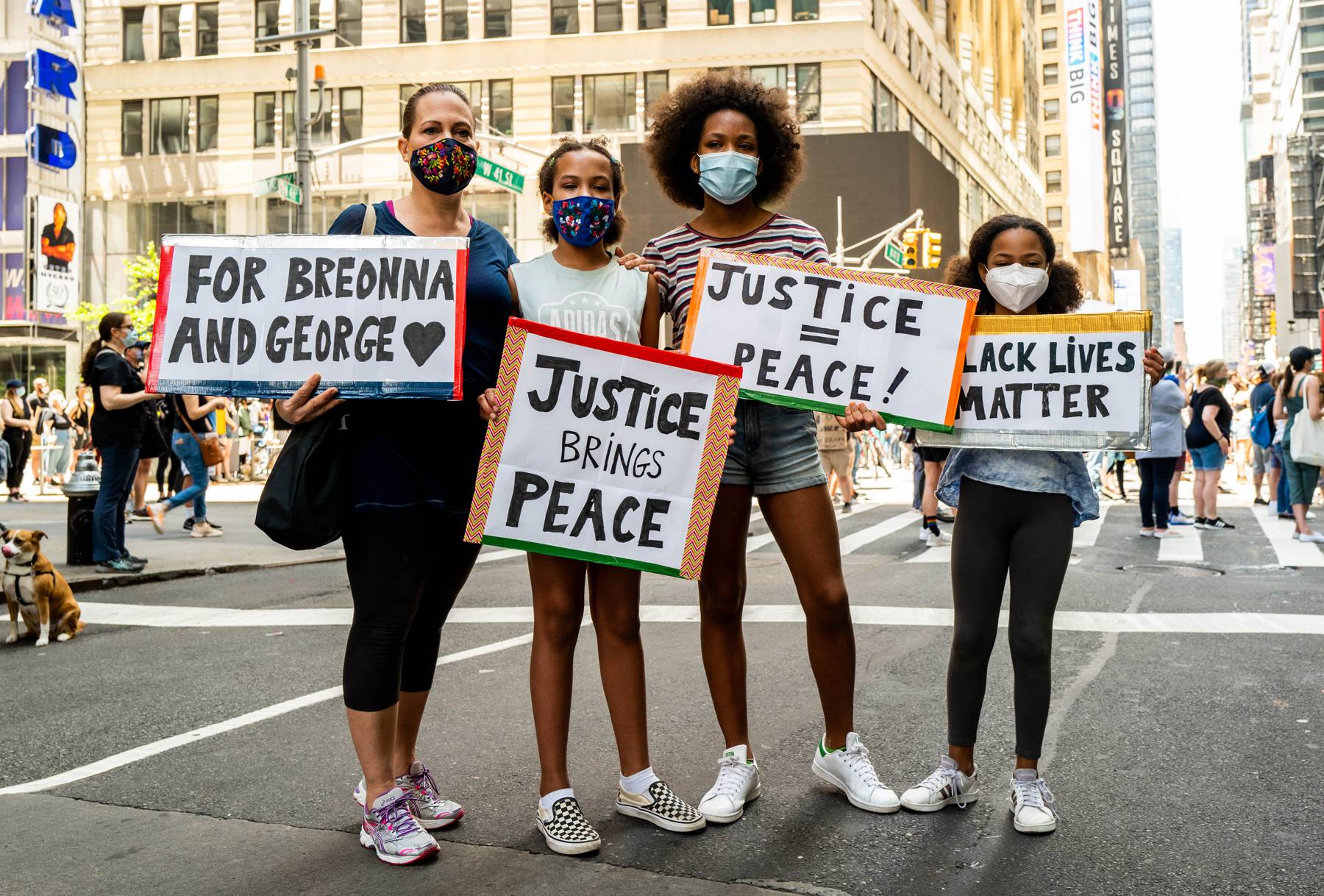 Calling them signs is perfectly fine. I would describe this photo as people carrying protest signs.

With a few exceptions, English (at least American English) does not have different words for signs in different contexts. Instead, the type of sign meant is usually determined by the context.

A throng of protesters with signs

It's reasonable to assume I mean protest signs or placards as in the photo from the question.

Workers were picketing the company for better wages

They were probably carrying picket signs. Picketing is basically a special type of protesting, where workers protest against a specific employer.

We need to fuel up the car, help me look for signs

I couldn't believe how elaborate the signs in Las Vegas were...

This is probably talking about the famous Vegas casino signs.

In cases where context may not make it clear, we will use adjectives to identify the type of sign.

A traffic sign is a sign that provides instructions or rules for traffic, such as speed limits, lane changes, stop signs, and so on.

Yard signs are signs people put in their yards, usually to promote a cause or political candidate, or advertise a local event.

Signs companies put up to identify their businesses are usually just called signs.

There are some exceptions.

A large roadside advertising sign is called a billboard, and a sign advertising a theatrical performance is called a playbill. In the past, the word "bill" was used to mean written advertising in public. For the most part this has fallen out of use, but it still hangs around in these specific phrases.

You may sometimes see signs that say "Post No Bills." This is, somewhat humorously, a sign telling you not to put up any signs.

Another exception is the marquee. This is a structural piece which overhangs the front of a building, and also acts as a sign. Nowadays it's most often used to refer to theater signs.

The word you're looking for is placard.

Defined by Cambridge English dictionary as:

a large piece of card, paper, etc. with a message written or printed on it, often carried in public places by people who are complaining about something

In both Australia and New Zealand this would certainly be known as a placard. If you said someone was carrying a sign (and the context already implied that it wasn't purely functional signage) then it would also be understood.

As an addendum to the Australia and New Zealand answer, the major political parties call mass-printed political signage corflutes. Specifically for non-moving signs such as those attached to walls or fences, but the term is often used for signs being carried or worn as well.