What does "slung together" mean in this context?

I would like to know what "slung together" means in the following sentences:

I saw you and Hania slung together, dancing, oblivious to me on the other side of the window. My stomach began to burn, secreting pain like arrowheads, and then the two of you as a four-legged creature, struggling on the forest floor. Eating itself, aware only of itself. At the same time your pleas for trust rang in my ears, your pleas for my patience. The fire in my belly spread. My back reached for soreness, my eyes stirred and dampened. The man was still there, staring at me. And so was the piece of paper.

In this novel which is set in the 1980's in Poland under the socialist regime, where homosexuality was socially unacceptable, the protagonist Ludwik (a university graduate) left Poland in 1981 to live in the United States of America. And he remembers what it was like back then in Poland, where he went to the Passport Bureau to get his passport in order to leave the country. But then the officer at the Bureau blackmailed him with the fact that he was a homosexual, saying he had to give names of homosexuals if he wanted his passport. That was when he thought of his lover Janusz, who constantly tried to straddle between Ludwik and a girl named Hania.

In this part, I wonder what "slung together" means.

I would very much appreciate your help. :)

It depicts a very intimate/romantic/sensual scene where two people standing/dancing closely/fondly/passionately with their bodies intertwined. 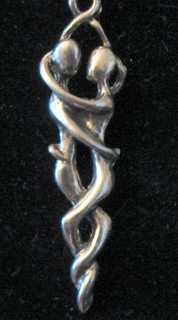 Not the answer you're looking for? Browse other questions tagged meaning literature .