How to make syllable structure and sonority graph of "twelfths" and "grudged"?

I have an exam this week and I don't even know how to make syllable structure and sonority graph of the following words: grudged and twelfths. I was infected by COVID-19 and have not attended my online classes. .

How to make/draw syllable structure and sonority graph of "twelfths" and "grudged"?

First and foremost, syllables are a unit of spoken language and have absolutely nothing to do with spelling.

So what is a syllable?

Typically, a syllable consists of three segments which are grouped into two components:

So for example the word 'sit' is pronounced /sɪt/, it can be analysed as:


Both twelfths and grudged are monosyllables (one-syllable words). 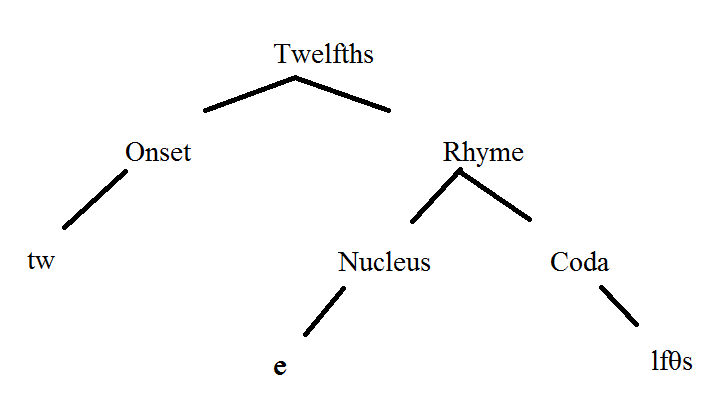 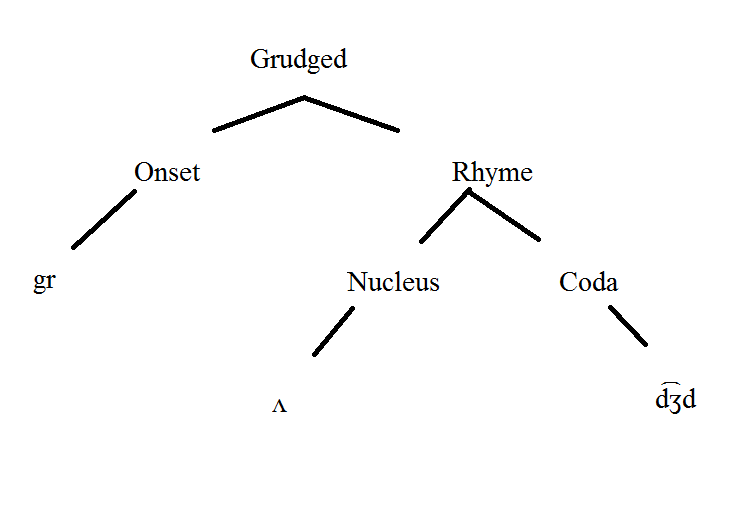 It refers to the relative loudness of one sound compared to other sounds. The sonority of all phonemes of English can be depicted on a sonority scale (sonority hierarchy). A sonority hierarchy is a hierarchical ranking of speech sounds. Typical order of sonority values is:

So what does 'sonorous' mean?

Singing is a nice way to illustrate this. Try singing the vowel sound [ɑ], it will be quite easy to prolong it. Now try [s]; it's not difficult either, you can prolong it. However, you cannot prolong plosives, try singing [p] or [t].

The importance of Sonority in syllables is reflected in Sonority Sequencing Principle (SSP). It states that sounds rise in sonority from onset to the nucleus and fall from the nucleus to the coda of a syllable.

SSP can be illustrated with sonority graphs/curves:

The vowel is the sonority peak (nucleus). Sonority peaks often correspond to the number of syllables. So there will be two peaks in a word like 'very', hence two syllables.

Not the answer you're looking for? Browse other questions tagged spoken-english phonology syllables or ask your own question.

4
Why is “Dunerider” 4 syllables instead of 3 syllables?
3
Why are the syllables in "elephant" divided in two different ways?
3
How to count syllables
3
Dividing words into syllables between vowels
2
Is the "P" always silent in words that start with "ps"?
2
Why is this so that some consonants take final or front position in words?

3
How to count syllables
3
What is the difference between the pronunciation of "a" and "e" in a closed syllable?
0
Regarding present perfect appropriate use when spoken
1
Pronunciation of "are"
1
"Get / make something + adjective"
2
Syllable stress of plural form of begonias