What's the name for the string attached to a zipper to help close or open a bag?

What's the name for the string attached to a zipper to help close or open a bag?

I don't know the name in my native language. Example of use: 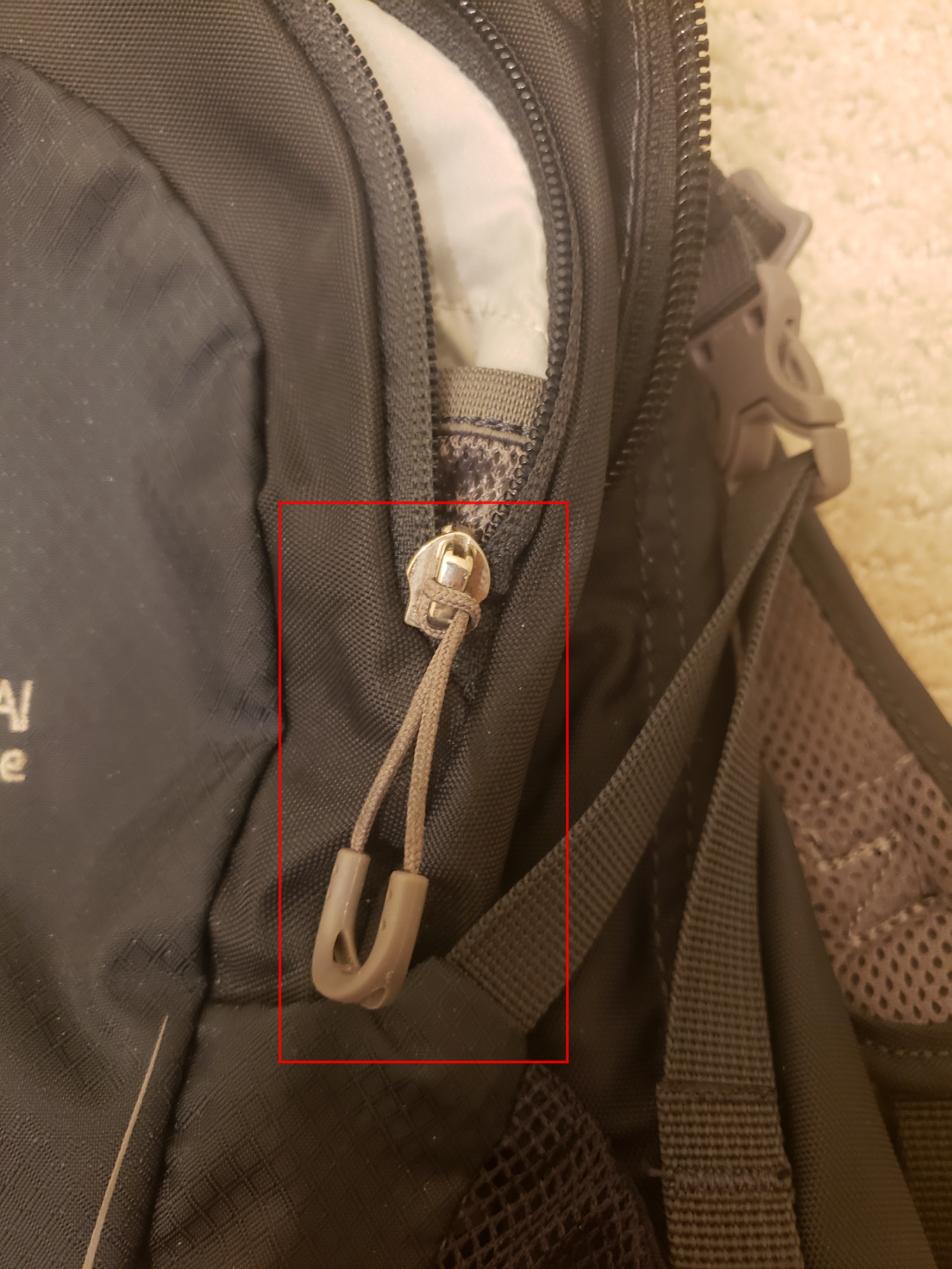 The bit that you pull on to open or close a zipper is called a pull or a tab. The term can be used for a metal or plastic part that is permanently attached to the body of the zip, or to a piece of string that is looped through the body of the zip, as in the OP's photo.

There is no one term that covers exclusively string tabs that are connected directly to the zip body, however there are numerous phrases that are used to describe string extensions to or replacements for an existing metal or plastic tab.

Other NGram graphs show that, when used on its own, zip is somewhat more common than zipper in American English and significantly more common in British English. When used in a collocation with tab or pull, however, zipper is very much more more widely used than zip in both AmE and BrE.

Any device meant to be pulled, as a lever, knob, handle, or rope

The term 'zipper' (or 'zip' in British English) incorporates the entire workings including the teeth that interlock. The part that you pull on to open or close the zip is called the 'pull' or 'zipper pull'. Some answers seem to be telling you that you are looking for the word 'pull', but this is part of every zipper.

What you are referring to is some kind embellishment on the pull. This is commonly called a tassel, especially when it is decorative.

The metal or plastic tab you grasp that is a permanent part of the zipper is the zipper pull. Something else attached to the zipper pull, whether a tab, cord, string, or whatever, is a zipper pull extender or extension. Example 1 (mirror), Example 2 (mirror).

Thanks to the words suggested in the other answers, I was able to Google a bit and found another good suggestion: Zipper Pull Cord Loop, which better communicates the fact that it is a loop. 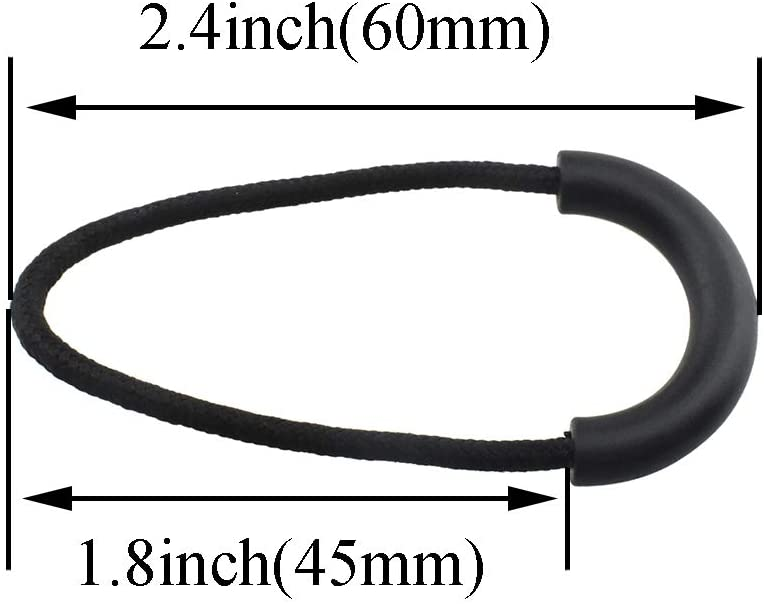 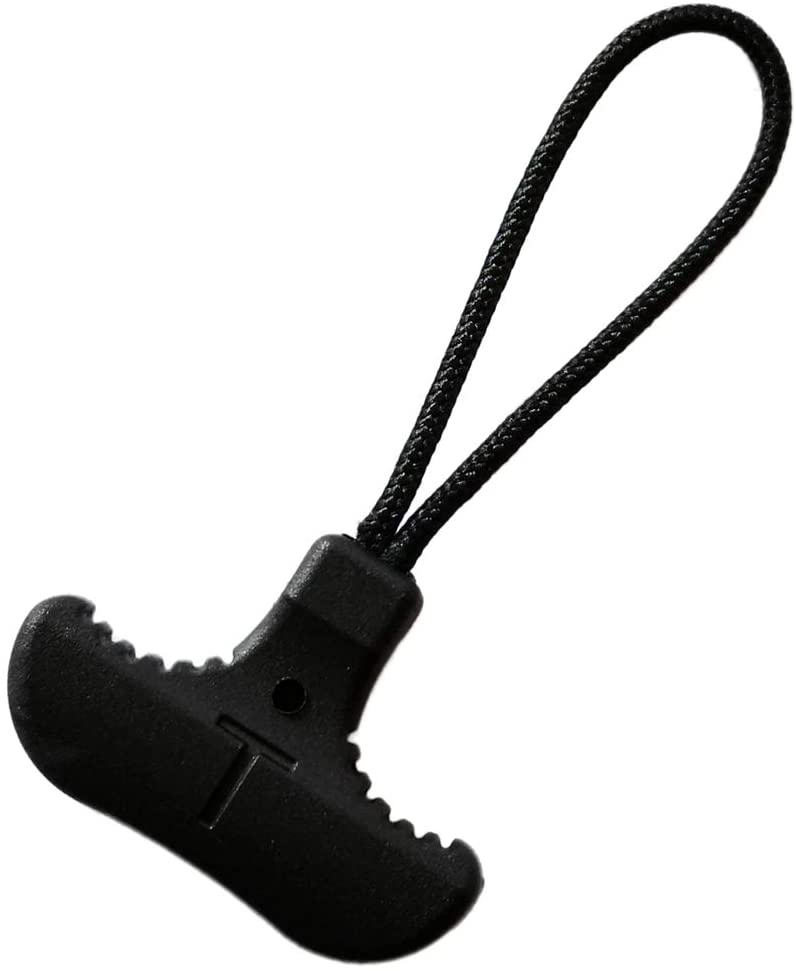 If I had to refer to it as anything, I'd probably call it the "puller" or the "pull string" or if that wasn't clear I might say "the string to pull the zipper". If I were feeling a bit fancy I might use "drawstring" (though I think this is technically incorrect). If not I might say "that bit of string that is attached to the zip".

I don't think it has a regular "name" in common use, outside of factories where they make or design zips.

These can be bought online under the name zipper tag they can also be called zipper pulls. That doesn't mean that other answers are wrong. There may be several different names in use.

lanyard
a long piece of cord (= thick string), etc. worn around the neck, on which a security pass, ID card, key, etc. is hung

Here are lots of written instances of the collocation zipper lanyard in Google Books.

In addition to the words "pull" and "tab" given, there is "toggle" (especially "zipper toggle"). Maybe an Australian-ism, but it's the first word that came to mind for me.

According to Scarf Lady, it's called a "zip pull"

As a native British English speaker, I don't have any specific word for this, and would come up with an ad hoc description on the fly. Probably something like "cord", "string", or "tab"

3
What's a good word for "estimating the correctness"?
2
What is called the thing that other things are dependent on?
0
Is there an english adjective meaning "obtained by cutting or by breaking it off something"?
1
What's the layperson's term for words like "am", "be", "were"?
2
What is the specific name of the heater which works by hot water & attached to walls?
13
Any term for "If you already have it, use it, else, get it / create one"?
2
Could I use a 'dry' job? if not, alternative?
1
What is this thing in browsers called in English?
0
What's the verb for keeping something warm with one's body?
0
What's the name of those threads at the edge of cloths?