What articles and when do I use with the phrase "past tense"?

Let's take a couple of quotes from the Wikipedia article:

The past tense is a grammatical tense whose function is to place an action or situation in past time.

The European continent is heavily dominated by Indo-European languages, all of which have a past tense.

"Past tense" looks like an uncountable noun to me. As such zero article sounds appropriate. Definite article probably might make some sense, although I don't really understand why they sometimes use it, and sometimes not. And the indefinite article is of the highest mystery. How do I count tense?

In other words, when do I use each of those articles with "past tense," and why?

Usage is changing over time in this context, which just goes to show that classifying nouns as "countable" or "uncountable" isn't always particularly useful... 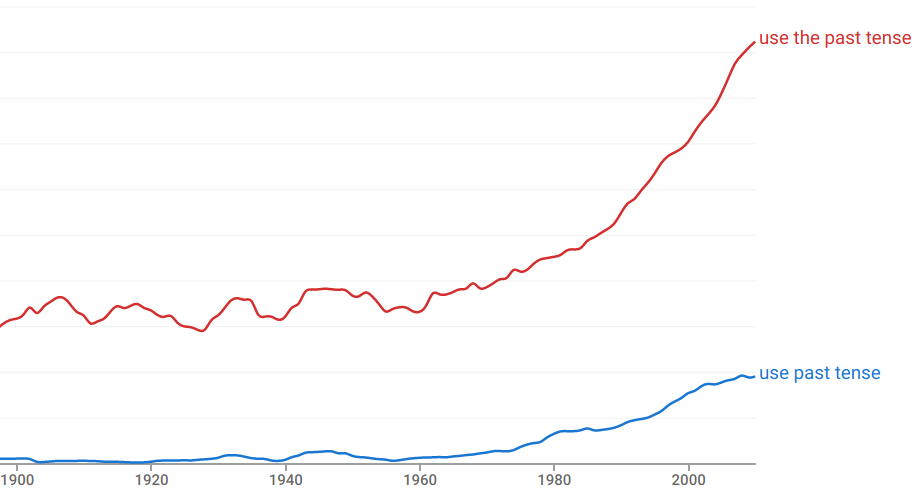 So far as I'm concerned, all three of OP's highlighted instances of past tense can validly be preceded by all three "articles" (that's to say, a, the and the "zero article" are all syntactically fine in each case). It's primarily a stylistic choice which kind of article to use in any given context.

About the only semantic difference I can see is that if you choose to use the indefinite article (a), the implication for OP's first two examples is that the current contextually relevant language (or some languages in #2) has more than one type of past tense verb form.

But the indefinite article as actually used in example #3 strongly implies that Indo-European languages only have one past tense verb form (which I don't think is true! :)

I'd use the the articles shown in the examples. In my head, there are definite semantic differences between their uses.

In the first case (The past tense is a grammatical tense, ...) the sentence is describing the specific past tense that exists in the English language. There's only one, that's what's being described

In the third case (... Indo-European languages, all of which have a past tense). the sentence is talking about several languages, each of which have their own, different, past tense. It's not a specific one, it's one per language.

Note: I'm a native English speaker, raised in Canada but a resident of the US for 20 years. I can barely spell linguistics.

20
Articles: When do I use "a", "the", or "__"?
3
Correct use of articles with nationalities
0
Why are there no articles before "female membership" and "male control" in this sentence? Is it a mistake?
0
Definite article before countable and uncountable nouns
7
When should one use articles with adjective+proper noun?
0
What is the rationale for inserting 'a' before the noun 'value'?
1
Definite article with "is" or "are"?
1
Zero or indefinite article
1
When "education" should be a singular noun and when should it be an uncountable noun?