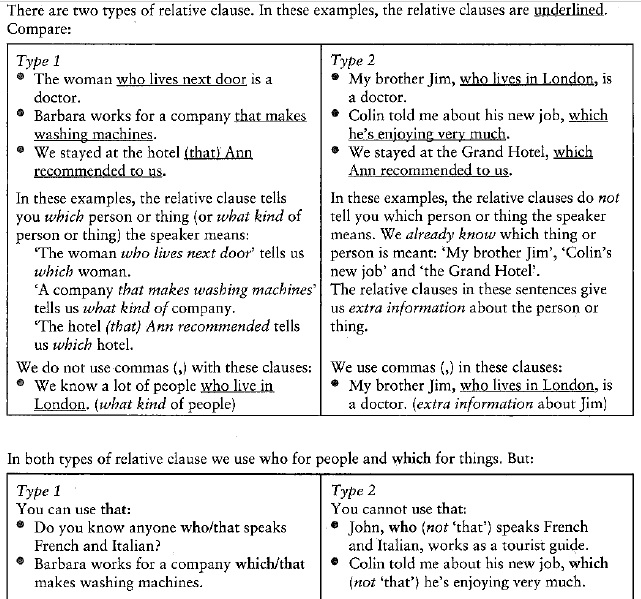 I can't understand how some of the relative clauses work in English. I see no difference between the two given examples:

Barbara works for a company...

Colin told me about his new job...

What's the difference? Why can't we use that in the second sentence? I think they both give some extra information, not just the second one. But they say we can use which in the first one. If so, why don't they put a comma before it?

All the explanations I read on the topic are not clear and do not tell the difference.

There's another sentence that/which (???) I found on the web:

The iPad (which/that) connects to the iCloud was created by Apple.

The correct answer is: The iPad, which connects to the iCloud, was created by Apple. (All iPads connect to the iCloud, so it's unnecessary information.)

This is so confusing. I also put that/which clauses in bold that I don't know the correct answer for (I hope some of them are interchangeable).

That vs Which is an interesting piece of grammar, which is probably on a par with Who vs Whom in the popularity stakes. That being said, let's cut to the chase.

First note that one of the potentially confusing things about the extract you've provided is that it doesn't seem to explicitly mention that you could use that and which interchangeably where that can be used. But the same does not apply to which.

Now the main part: You use which in the case of nonrestrictive/non-defining relative clauses. In other words, relative clauses that provide extra information (you could do away with this information without rendering the sentence meaningless) about the subject are introduced by which and set off by commas from the essential part of the sentence. The commas sort of mark a boundary between the essential and the parenthetical parts of the sentence. This is why in the sentence Colin told me about his new job, which he's enjoying very much, the relative clause is introduced by which because the clause is merely providing extra information and could be easily removed from the sentence without affecting it. Compare this with Barbara works for a company that makes washing machines: here the restrictive clause that makes washing machines precisely defines the company Barbara works for and isn't merely providing extra information about the company, unlike the "Colin" example. Thus no commas here. As mentioned earlier, you could also use which in the Barbara example but sans commas (because it is a restrictive clause still.)

After reading this, I'm pretty sure that the iPad example should be easy to follow.