Do we say "walk 2 blocks to the XYZ street" in British and American English? 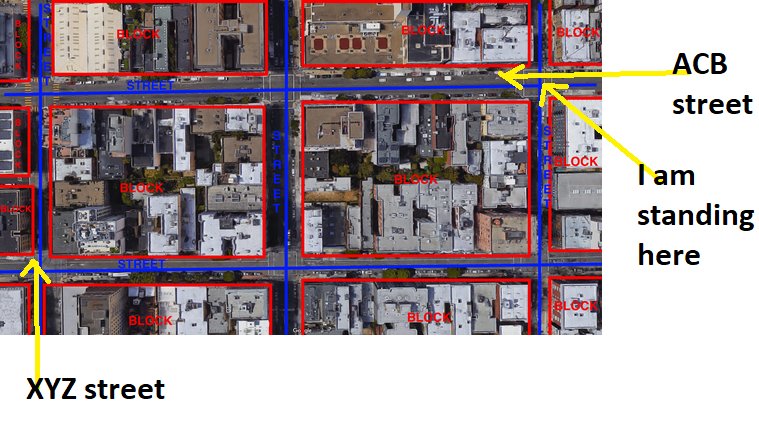 As shown in the above picture, I am on ACB street and I want to go to XYZ street and turn left.

What is the equivalent expression of the above sentence in British English?

Yes, we'd say that in America, but we don't say "the," like you did in your question, nor would Brits. We'd say, "Walk two blocks to XYZ Street then turn left." We might alternatively say, "Go two blocks till you get to XYZ Street then hang a left." We might also say, "Keep going straight until you get to the second street, which is XYZ Street, and then make a left." There are lots of ways people might say it, not just these. Anyway, "block" is definitely a word we use in American English, short for "city block," which we sometimes say, but not so much. From watching BBC, it seems the word "block" in British English is more associated with "tower blocks," which are high-rise apartment buildings, often low-income, like in the movie "Attack the Block." In America, that's called a "housing project" (e.g., Cabrini Green). So, when Americans hear that title "Attack the Block," we're more likely to think it's a movie about an attack on a city block, which may consist of anything (e.g., commercial businesses, private homes, buildings of any type), so it may consist of a housing project, just like anything else. Although, I will say that in Britain, from what I've seen, a "tower block" often occupies the entirety of what Americans call a "block" or "city block."

By the way, outside of a city, town, suburb, or wherever buildings and/or homes are fairly close together and the streets are a relatively short distance apart, like rurally where the distance between streets, or roads, isn't a short distance anymore, nor often a straight line, we generally don't call them "blocks" but just say however many "streets" or "roads" up ahead it is, like in my suburb that's a couple miles outside the city, we have blocks, like on my block, there are six houses and in my block, which is all four sides, there are 11 houses, but if you go right out of my driveway and go three blocks down where the street ends, make a left there and go one block, that's 19th Street, where if you make a right, you're out of our subdivision, so there aren't blocks anymore but you'll go about a quarter mile to a stop light. Whether you go straight, turn right, or turn left, you're going to be driving a half a mile or more on road that curves around a bit before you get to another road or street, so those wouldn't be called "blocks."

In British English we would say Take the second turning on the left, or maybe It's the second street on your left.

British people - that is people who live in Britain - do not use the term "block" to mean a set of buildings marked by roads, at least not in the way Americans do.

When you look at the maps of American streets like the one you included in your question, the roads are all very neat and at right-angles to one another. This is because they were only built a couple of hundred years ago and some planning went into it. Look at a map of British streets, and they wind all over the place. One reason for this is that a lot of them were built many more hundreds of years ago without cars in mind. There are lots of other structures of historical importance that we don't want to knock down just to build a road, so we go around them. Basically, you couldn't describe sets of buildings in Britain as 'blocks' as they are not neatly organised into squares, they are all over the place. 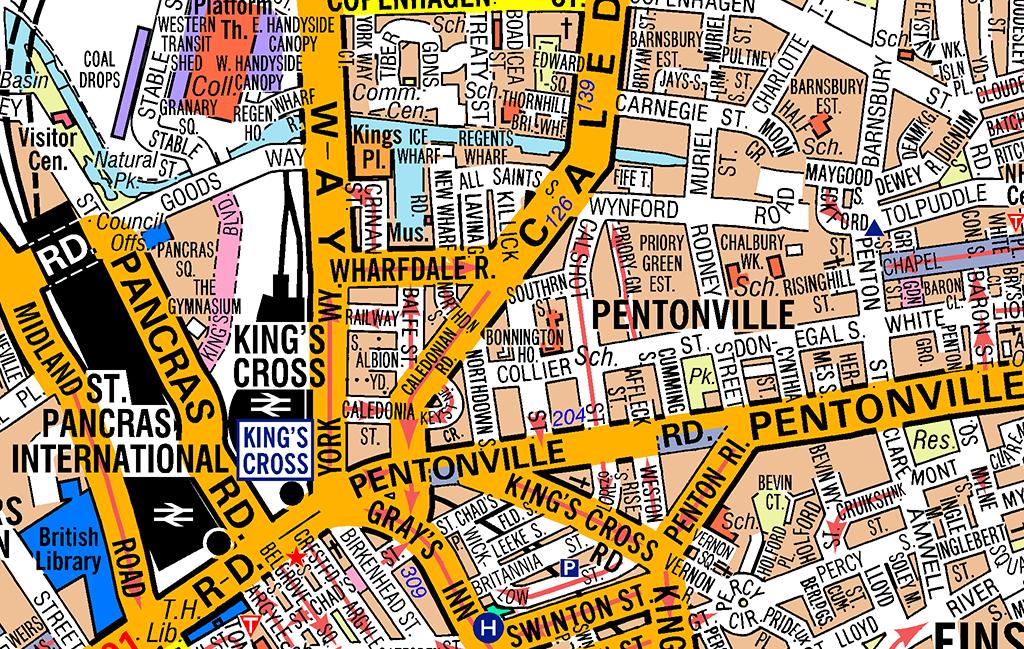 Instead, British people tend to count the number of turnings from a road that you will encounter, for example "take the 4th turning on the right", or "it's a couple of streets away, on the left".

British people do call some high-rise buildings "tower blocks", "office blocks" or "blocks of flats" (apartments). These kinds of buildings are only really common in British cities and tend to be clustered together on estates, so you couldn't really navigate by counting them.