Is there a name for the large holes on some gothic cathedrals? 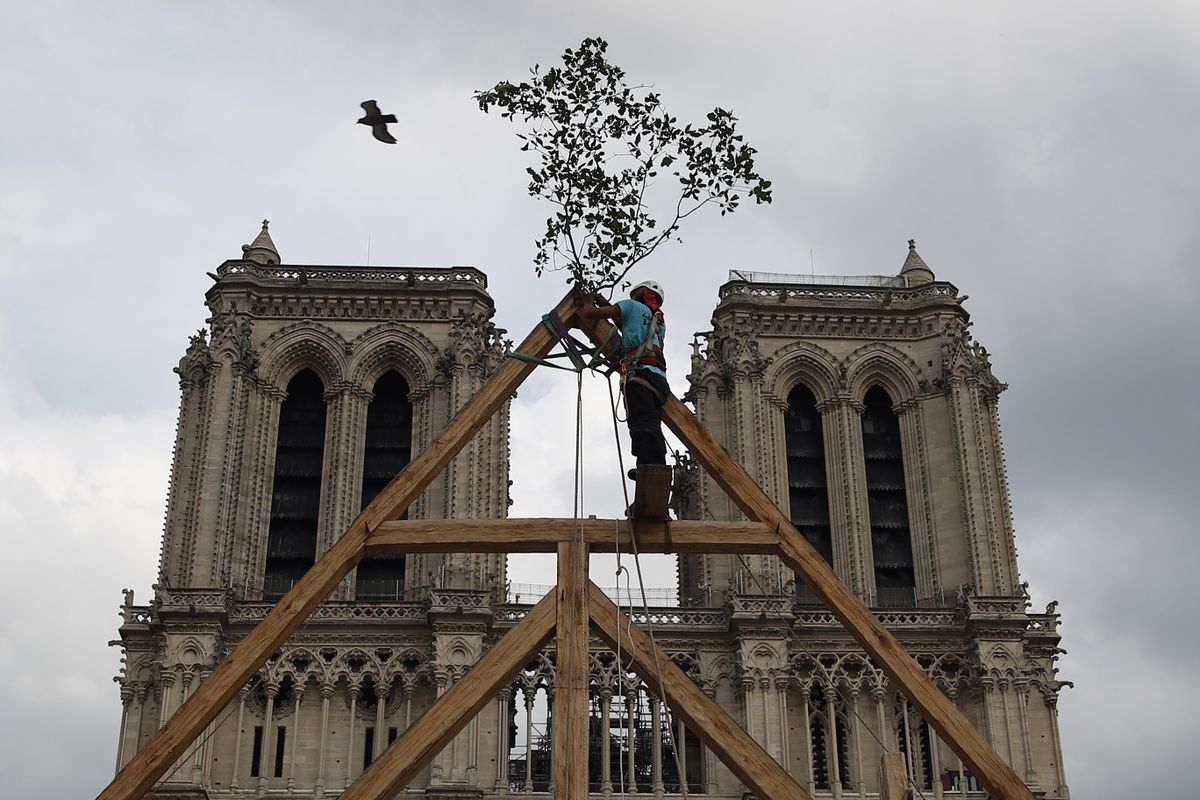 Do you just call them arched holes? I doubt that's the word we use, but I have no idea what we call them. I am referring to the 4 large elongated holes in front of the cathedral on the upper part.

I would call them apertures in the shape of pointed arches. The picture is of the North and South bell towers of the Notre Dame de Paris. The pointed arch is the most fundamental feature of the Gothic style of architecture. These apertures did not contain glass windows, but had slate louvres allowing the sound of the bells to emerge and be heard across Paris.

Churches and cathedrals have many distinctive architectural features, and distinctive names for those features. The Simple English Wikipedia has a list of those terms, which says that the windows you describe are called lancet windows.

What's pictured there are the windows on the belfry of Notre Dame Cathedral in Paris. The arch itself is called a "gothic arch," which is characterized by its point (also called a pointed arch or ogival arch), as opposed to a Roman arch, which is a round semicircle without a point; a Moorish arch (also called a horseshoe arch or keyhole arch), which is characterized by it being greater than a semicircle and so constricting at the base above the supporting columns; or an Arabic arch, which is like a Moorish arch, except that it comes to a point at the top.