Usage of "shall" in legalese [duplicate]

Ask Question
Asked 2 months ago
Active 2 months ago
Viewed 33 times
-1
This question already has answers here:
"must" vs "shall" - are they the same, or is one a softened version of the other? (11 answers)
Closed 3 months ago.

Where exactly should I use "shall"/other tense in this agreement? 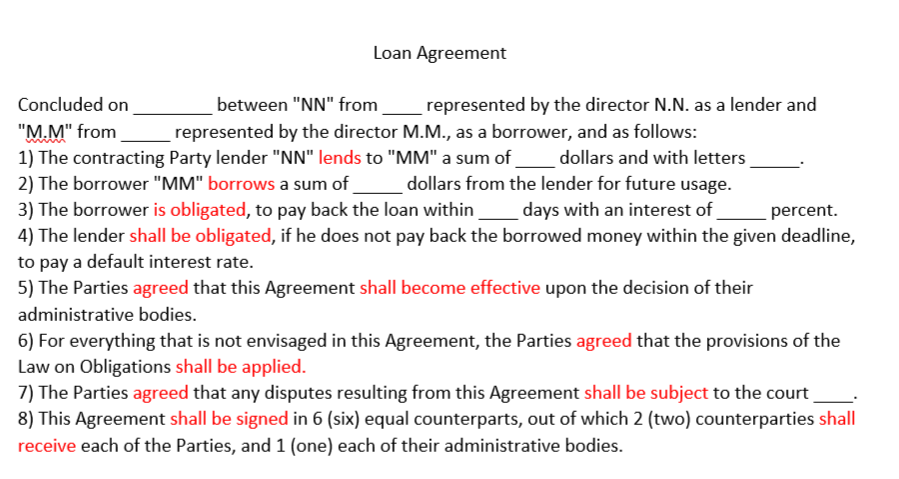 In "legalese", including in this loan agreement, "shall" is the preferred modal verb to refer to the future. Replace "shall" with "will" as you read and the meaning might become clearer.

(Incidentally, it makes no sense to me why a lender would have to pay interest if the borrower doesn't repay, but I'm no lawyer)

Not the answer you're looking for? Browse other questions tagged grammar word-usage word-request grammaticality-in-context will-shall or ask your own question.

4
Is it possible to use 'shall' for intentions? is PEU wrong here?
12
Difference between will and shall
0
What's the difference between "have to", "must", "shall", "should"?
5
SHALL vs. MUST in technical documents
2
Shall and Will Usage
0
Use of "shall" with third person pronoun in British English
24
"must" vs "shall" - are they the same, or is one a softened version of the other?