Does the word "comparatively" work fine in the following sentence?

Please have a look at this table: 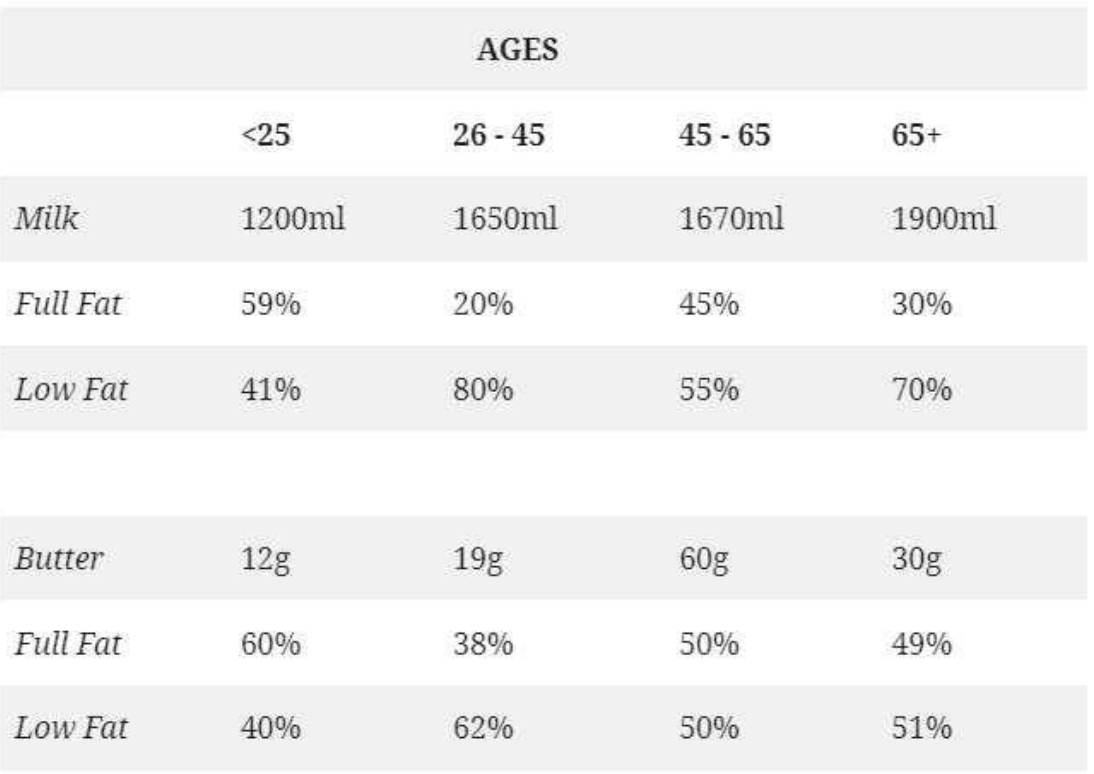 I have written this overview to describe the table:

Overall, it can be vividly seen that younger people tend to consume less amount of dairy products, while older people consume comparatively more. In addition, the 45-65 age group sticks out as they consume remarkably more butter than other groups.

In the following sentence is the word "comparatively" used correctly? In this sentence I am trying to say that in general, younger people consume less; however, it is not always the case. For instance people between 45 and 65 consume more butter than those older than 65. According to this data, is it correct to say so? I mean does the word "comparatively" describes this incompatibility of data correctly?

I want to say that although younger people consume less, there is an exception where 45-65 group consumes less. but I do not want to emphasize this exception, therefore I decided to write it like this. If it is not appropriate, could you please give me a suggestion?

Although this site does not offer proof-reading of scripts, the following points may be useful.

As "gotube" commented, the word vividly is out of place. You mean that it can be clearly seen.

You could simply refer to fewer dairy products but this might be interpreted as a smaller number of products rather than smaller amounts of such products.

The phrase sticks out is uncomfortable in this setting. Stands out works well instead.

Remarkably more is quite possible. But in a scientific setting significantly more might be more appropriate.

And comparatively is just fine.

Overall, it can be clearly seen that younger people tend to consume smaller amounts of dairy products, while older people consume comparatively more. In addition, the 45-65 age group stands out as they consume significantly more butter than other groups.

These changes are really concerned with idiom and style-in-context rather than grammar - and are open to challenge as matters of opinion rather than fact.

Not the answer you're looking for? Browse other questions tagged word-usage word-meaning ielts or ask your own question.