Is it correct to say "I fixed the towel with a peg"? 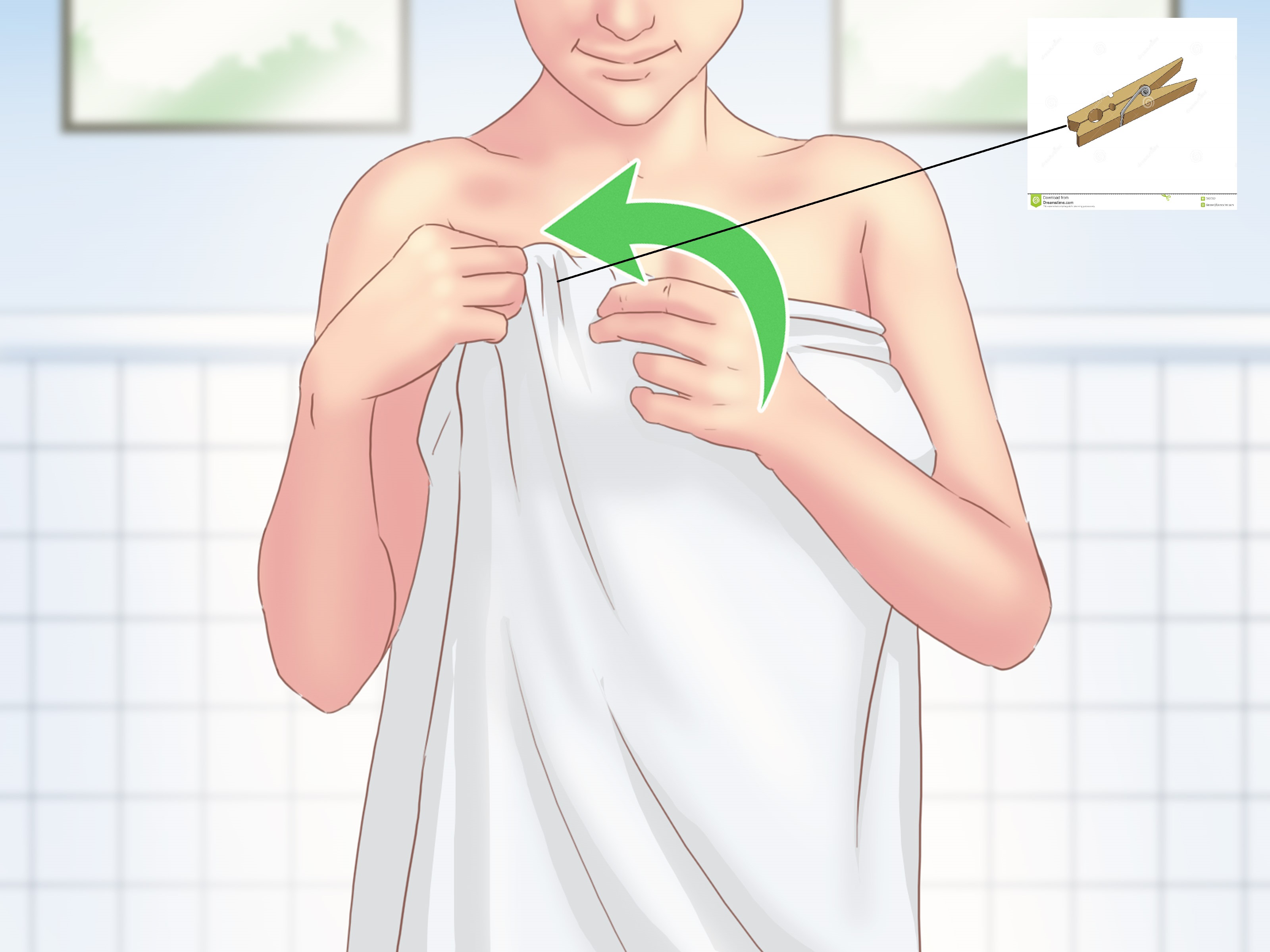 I have a bath towel but it is not long enough for me to to tie a knot in the towel or let me tuck its edge in the bath towel itself.

For that reason, I need to use a peg to get the towel in a fixed position.

Is it correct to say "I fixed the towel with a peg"?

British English: "fixed" and "peg" each have multiple meanings and you would probably be misunderstood.

I suggest "I fastened the towel [around me] with a clothes peg.

The definition of "fix" includes to secure in place which is what you are doing. You are using a peg to accomplish that so "with a peg" is correct.

US English calls this peg a "clothes pin". In UK English "peg" is correct. The word "fix" can also mean to repair, so you could increase understanding by using a word that doesn't have such a synonym, such as "secure" or "fasten".

But yes, the sentence is completely correct and means what you want, although it could also mean other things.

The phrase to fix [X] with [Y] without context will mean to repair something with something,
e.g. “I fixed the bike with superglue”.

It's uncommon to hear someone fix a towel, a pair of pants, tie, shirt, etc. in place.

In the rare instance that someone needs to describe the solution for a towel that is not large enough to wrap around a torso, one could say it was pinned in place with [a clothes peg] / I used [a clothes peg] to hold it up or it was tied with [something], e.g. a bathrobe belt.

A search in Google Ngram for "* it with a peg" only yields one result.

fasten it with a peg

As an American, I was confused by the word "peg". The cylindrical thing I call a "peg" is not used to "fasten" things and wouldn't hold your towel in place. However, if my South African wife told me "I fastened the towel with a peg" I might have figured out from the context that "peg" = "clothespin".

To be clear, "fixed" is not the right verb. In most of the world, "peg" is the right noun. I don't think you were asking about the noun though. It's just a coincidence that we Americans have a different word for it.

To answer your question, you should say "I fastened the towel with a peg."

In Australian English a peg would be used to attach or affix clothes to a clothesline to hang out to dry. So to say you fixed the towel means you stuck it in place or attached it. It makes perfect sense to me.

What your saying is not wrong, but as you can see from all the differing comments, it's not unambiguous, given the multiple meanings of 'fix', 'peg' and 'pin'. Whilst assumptions can be made from context, your particular scenario doesn't really lend itself to clear assumptions. To be unambiguous, I think you should say, I fastened the towel with a clothespeg/clothespin. Collectively, items such as buckles, buttons, pins, etc.. are known as fasteners, so fasten would be the best verb to use.

The only thing I would say might be wrong with using the verb 'fix', is that it suggests a degree of permanence. To me, that is the difference between fixings and fasteners. You can unfasten, but you can't unfix. Fixed means unmovable. I assume at some point you would want to remove the towel, and you wouldn't ever say, I unfixed the towel.

Without the image you provided, I would have imaging you holding a towel in pace with something similar to a tent peg. A clothes peg isn't really a peg or a pin. Pegs and pins using piercing to hold things in place. A clothes peg is really a clamp. But if a jellyfish is not really a fish, it doesn't really matter.

There are a lot of answers already, but maybe it's worth a simple summary:

I fastened the towel with a peg.

I fastened the towel with a clothespeg.

I fastened the towel with a clothespin.

To me (Australian English), I would never understand what you meant by "fixed" in this context. Unless you added extra clarifying words like "fixed in place", I'd assume you meant "repaired", and get confused.

(I wouldn't understand the word "clothespin". I suspect I've seen it before, never realised it meant a peg!)