What do you call the upper areas of a theater? 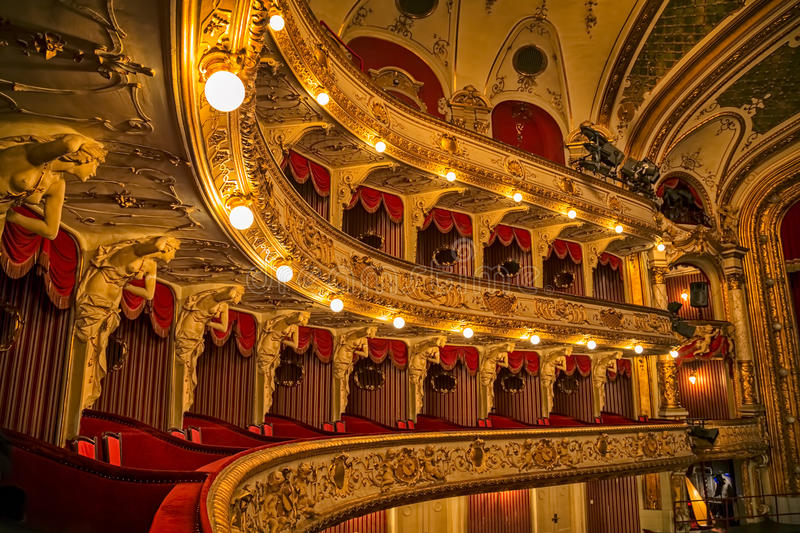 Searching for what the parts of a theatre are called leads you to this Wikipedia article.

The lowest levels are called the "stalls" or "arena". They may be called "orchestra" in North America.

The general term for the upper levels is "balconies" or "galleries". The lowest gallery is often called the "circle" or "dress circle" because it was where the rich people would sit, wanting not just to see but to be seen. The highest gallery is often called "the gods" (because it's up very high). Some lower balconies can be called "mezzanine", technically a term for a 'part floor between floors".

However there is also a specific term for the parts in the photograph. Upper areas of seating separated from each other with only a few seats per section are called "boxes". They are small enough that they can be purchased in their entirety by someone who wishes privacy.

(Long ago) it was called loge seating in movie theaters, though it may not specifically apply to performance theaters as shown in your photo.