Does the construction "should + of + past participle" exist?

Next time she should of flushed the toilet.

At first, I thought he had misspelled "should have", then I was thinking that it's not correct to use should have (right?) in the future construction (I suspect 'next time' he meant to say about future). I also checked the Ngram viewer about the usage of should of and should + of + past participle (I randomly chose known).

These are the results, by the way:

The usage of should of 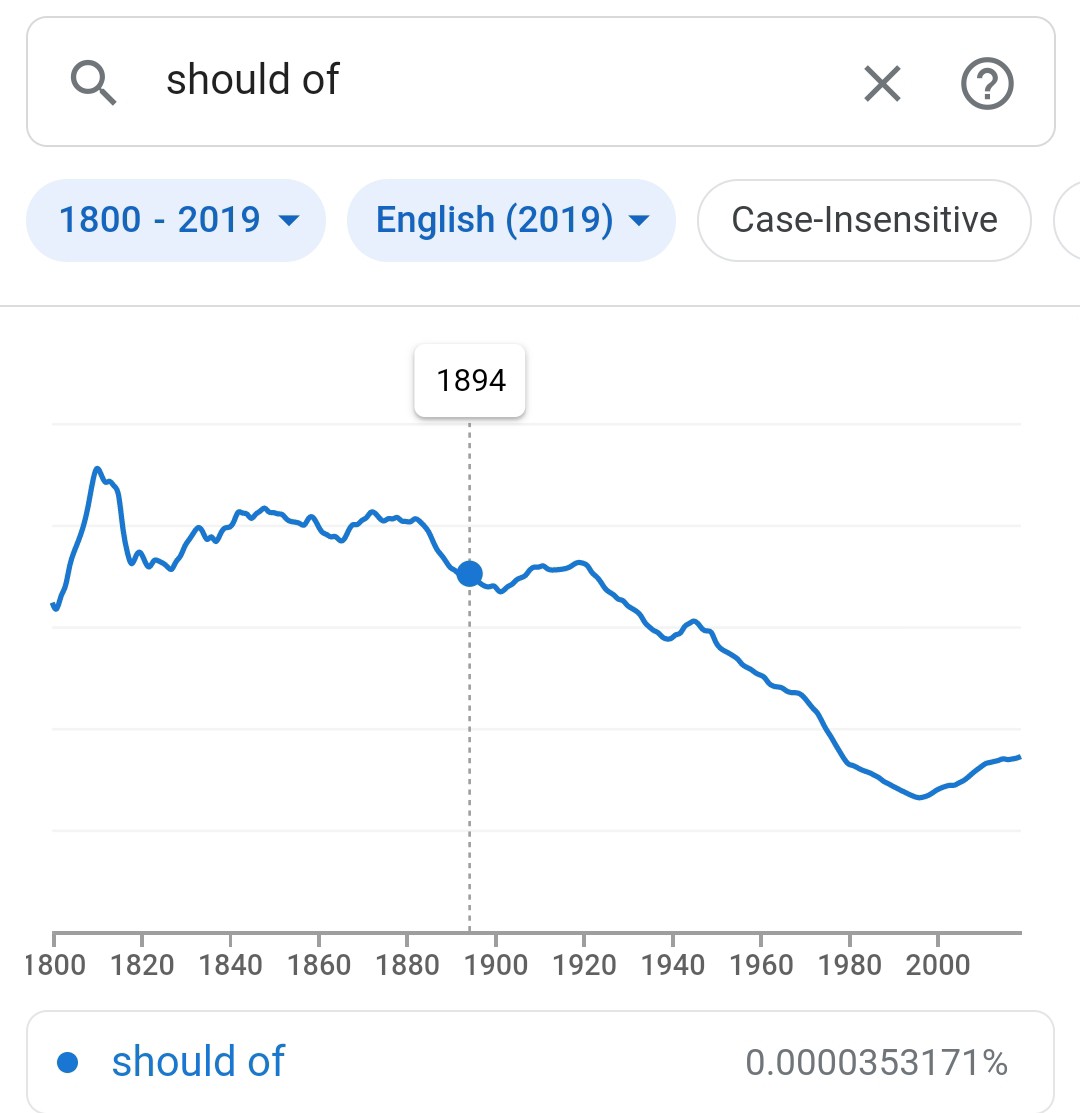 The usage of should of known 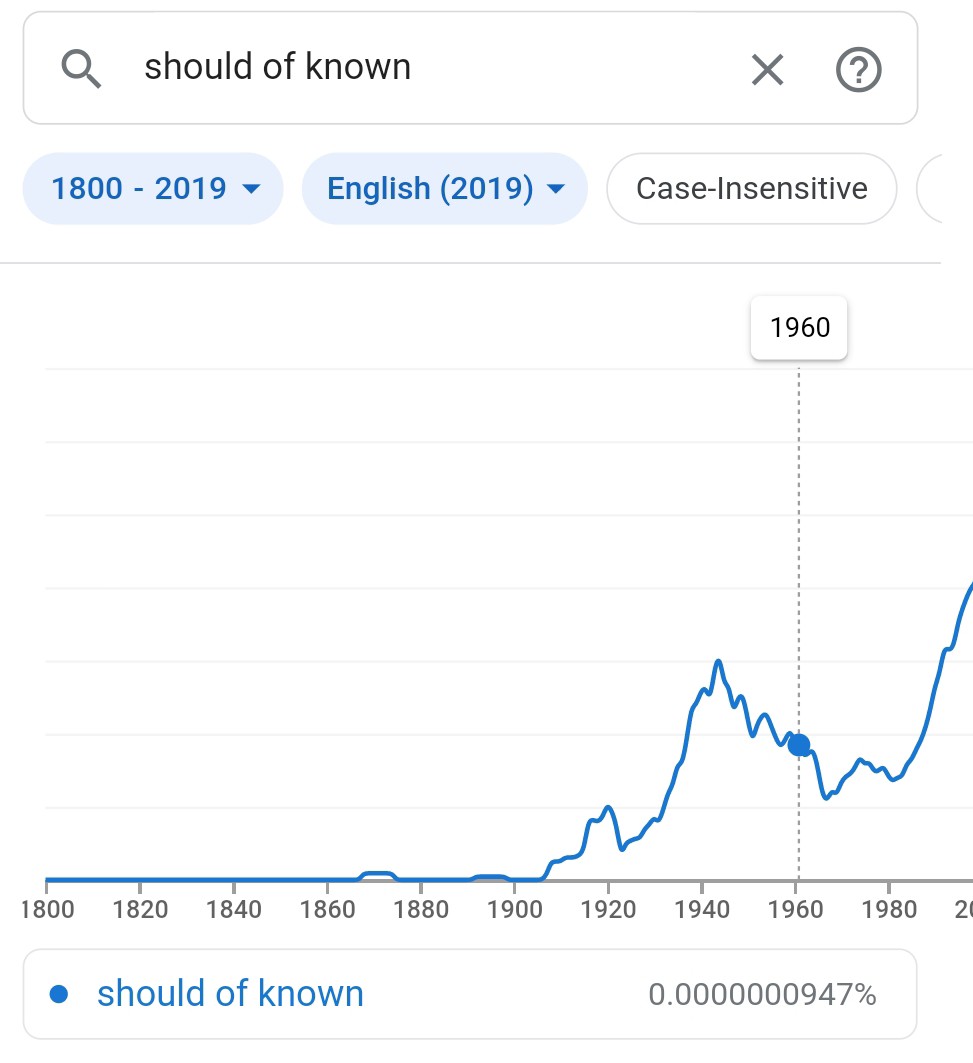 Now, my question is, does that construction exist? (I've never seen it before) If that's just a misspelling, then why is the construction used in many books (According to Ngram viewer)? What construction is it called then?

Why does that construction exist?

Because in spoken language, should have and should of are indistinguishable (when enunciated as contracted should've). And some native speakers are so ignorant they don't understand that basic syntax requires an auxiliary verb after should, not a preposition.

But note that some perfectly competent Anglophones may deliberately write the incorrect version sometimes as a facetious usage. OP's cited Facebook poster probably isn't very competent, given that "next time" is future, so the auxiliary have (part of a "Present Perfect = Past" verb form) shouldn't be there anyway. But even people who know perfectly well that it's "incorrect" sometimes write things like a whole 'nother ballgame for much the same reason.

I don't know why OP wrote it's not correct to use should have. That's exactly what the Facebook writer should of1 written!

1 In case it's not obvious, that's me being facetious! But actually whereas one should've = should have done something in the past, when talking about a future "next time" it's what one should do (infinitive do, not have + Past Participle done).

"Should of" is a misspelling of "should've"; "should've" is pronounced the same as (or very close to) "should of". It is indeed incorrect to use "should've" for future event. It should be just "Next time, she should flush the toilet."

Using "should of" when "should have" would be correct standard English grammar is a common usage. In some cases this occurs from hearing "should've" (intended as short for "should have") as "should of" because there is little if any difference in sound. But I think (although I cannot prove) that this use of "should of" is also a common, and so arguably "correct", use in certain English dialects.

Using "should have" for a future event, instead of just "should" is also incorrect, but is also not uncommon among fluent speakers. I suspect it comes from mentally placing oneself after the future event has occurred, and then looking back on it. Or it may just be that correction of a past event is so much more common that the "should have" form leaps to the mind, even when it is not correct. This is supported by the use of a past tense form of "flush" in the example.

In any case, the fully correct version dealing with an anticipated future event would be:

Next time, she should flush the toilet.

In this form the issue of "of" vs "have" goes away, because neither is needed or wanted.

There is only one way "should + of" phrasing can be used:

He should, of course, have used correct grammar on his college application.

Not the answer you're looking for? Browse other questions tagged grammaticality-in-context construction or ask your own question.

10
Is the "the ... the ..." construction governed by some grammatical rule?
5
What is the name of this construction?
0
Sentence construction and use of gerund and past participle
1
Noun + Past Participle = Present Perfect?
2
Should I use Does or Is?
0
to have so far gone + past participle
0
construction of the question
0
Why “formed” can sit after “exist” in the following sentence?
2
Does The Phrase "Bring Somebody Back Something" exist?