Say I live in the urban area of a small city in "the middle of nowhere", so as to say that it is far any metropolis and has a small population (say, less than 50,000 inhabitants).

Then, can I say "I live in the countryside"? Or can I only use that phrase if I live in the rural area of the city (i.e. the part where there are only dirt roads, houses/farms are very widespread from one another, mostly composed of cultivation fields etc.)? Are there more appropriate alternatives to convey what I'm trying to say?

I would say "I live in a provincial town".

I think what you are getting at with this question is the distinction between "an area which is mostly fields" and "a part of the country in which there are many areas which are mostly fields".

To me (a British English native speaker), "countryside" means the former. If I am in the countryside, I expect to be in a field, wood, meadow, etc. I expect there to be fields, woods, meadows, and farms as far as the eye can see. So, if I am in a town, I am definitely not in the countryside.

Whereas "provincial" is the opposite of "metropolitan". It means far from a big city, and implies being simple and unsophisticated. You can describe a person as provincial; it is not a compliment. And a town can be provincial, while still being urban.

50,000 is a largish town, but not city sized. There are some traditional cities that are as small as that (an example is Salisbury), but most cities have a population of over 100,000.

However, you don't live "in the countryside". You live in a town. That is how you can convey where you live. You might say that you live in an "isolated" or "remote" town. But this would suggest that the next large settlement is very far removed.

I live in Salisbury, a small isolated city on the river Avon. Its population is about 45000.

Cities don't have "rural parts". Nor do towns. By definition, a rural area is an area that is outside a town or city, not part of a town or city.

Now in the UK, you don't find "dirt roads". Nearly all roads are paved.

If you committed a crime in rural area you might say that the crime was committed in "county name". You might mention a nearby town or city if that helps

He committed the crime in Hampshire, near the city of Salisbury.

The typical adminstrative region outside a city or town is the "district" and the "Parish", although these are relatively bureaucratic terms. So the village of Crowhurst is in the Crowhurst Parish, and in Tandridge District (in the county of Surrey).

The US perspective is different, since "City" is used for some quite small incorporated settlements in the USA. And also for the postal address of rural area around them.

If you live in the city of Decatur, Illinois (pop. ~30K) you cannot say you live in the countryside. You live in a small city/town. Your city will most likely have public water and sewage, paved roads, a city police force, its own post office(s), and many other amenities available to city dwellers.

I would say that the word "city" has both a social and a legal aspect. From a social aspect, a "city" is an urban area, a place with many buildings and little green space except in parks. From a legal aspect, a city is whatever is inside the official city boundaries, which may include some area that is rural in aspect, and is not unlikely to include some area that is suburban.

I notice that the word "suburb" does not seem to get many mentions in this thread, but I think it is quite relevant.

Say I live in the urban area of a small city in "the middle of nowhere", ... can I say "I live in the countryside"?

You can say whatever you like, but if you live in an urban or semi-urban area, most people I know would badly misunderstand you when you say: "I live in the countryside".

To me "the countryside" refers to either a truly rural area, where either farms or undeveloped land predominates, or a semi-rural area, where residential uses predominate, but each home sits on a large plot, usually several acres or more. The word 'countryside" tends to suggest small roads with little traffic (except for occasional highways cutting through). It suggests areas with lots of trees or other vegetation, or crops, or in some areas relatively barren land with little vegetation but few artificial structures.

In a few places areas I might call "countryside" are legally part of a city, but this is rather rare.

The place I currently live is definitely suburban. Houses are single-family, and sit on anywhere from 1/4 acre to 2-3 acres each. But areas filled with office buildings are within walking distance, and a definitely urban area is within 15 minutes drive. I would not call this "the countryside".

I have lived in a municipality of about 25,000-30,000 population, that was largely suburban, with some small urban areas, and some definitely rural areas. It was not legally a city, but a township, but that was a matter history, other nearby similar jurisdictions were legally cities. Except for the areas that remain dedicated to farming, I would not call any of it "the countryside" but none of it is a dense urban area either. Neither of the pictures in the answer by Michael Harvey fit any of it at all well.

So based on the description in the question, I would not speak of the area as "countryside".

If you live in a rural area you do not live in a city.

A city is a place where many people live, with many houses, stores, businesses, etc., and which is bigger than a town. 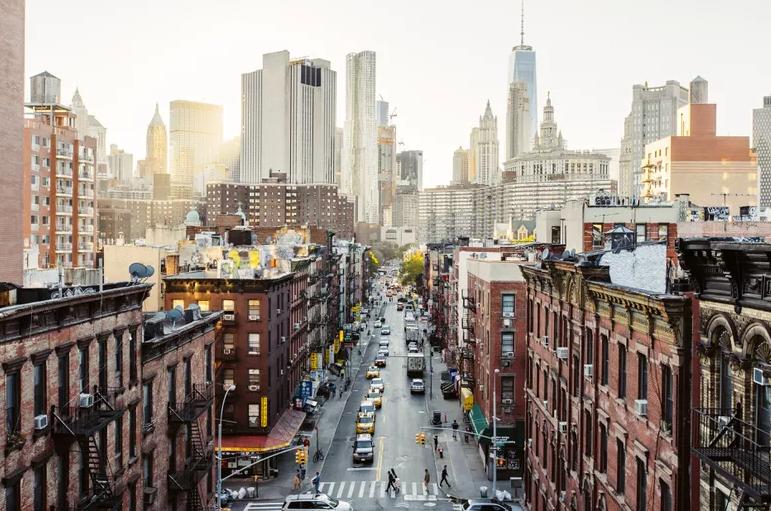 The countryside is land not in towns, cities, or industrial areas, that is either used for farming or left in its natural condition: 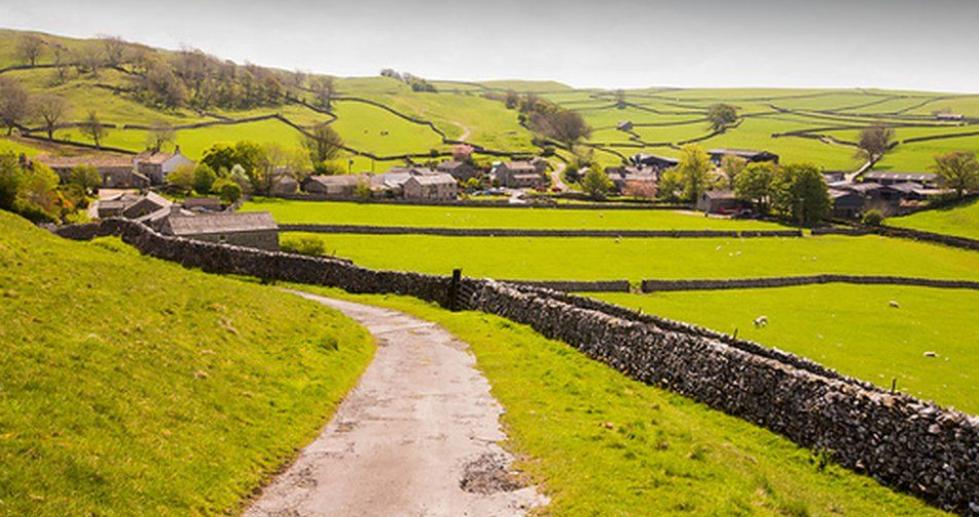 Cities and towns are not countryside per se. In any variety of English.

I'm telling my friends in Hollywood that I have "moved to the country." Out my window are vineyards, pastures, barns and farm machinery. The two lane road at the end of my driveway is paved, but very dark on moonless nights. Off to the left is nothing but farms, but if I turn right one mile away are all the evidences of the 21st century. I realize I'm in a sort of no Man's land, linguistically, but nothing but the word "country" could conjure up the proper pastoral images for my urban friends. If I were you, I'd say I lived in a "Country Town."

Depends highly on the locale.

In North America, absolutely. Here, whether something is a city or not is defined by whether it's legally incorporated, not the population, so there are plenty of cities, with <1K pop, that wouldn't even qualify as a village in e.g. China. I have a buddy who took advantage of the apparent permanence of the WFH situation to buy an acreage next to his folks in his home town (https://en.wikipedia.org/wiki/Cranbrook,_British_Columbia), where he has horses and can walk a few 100 feet outside of his property line to be outside of city limits and shoot in the woods. I can tell you, that place is rural (and redneck) as f**k. The closest settlement bigger than it is a 2.5h drive across the US border, it's surrounded by cattle ranches, a ton of people work in logging and during hunting season, the deer are a real problem, because they all hang around inside city limits, because they've figured out they can't be hunted there.

In the UK, on the other hand, that wouldn't be the case (I don't have any personal UK experience outside London, just distilling what my UK co-workers told me when discussing a similar topic).