How do I translate 'подъезд' into English?

How do I translate 'подъезд' into English? What are these? There are walls between separate pod'yezds inside so once you've walked into a certain pod'yezd you get access only to a specific section of the building, a specific set of apartments. 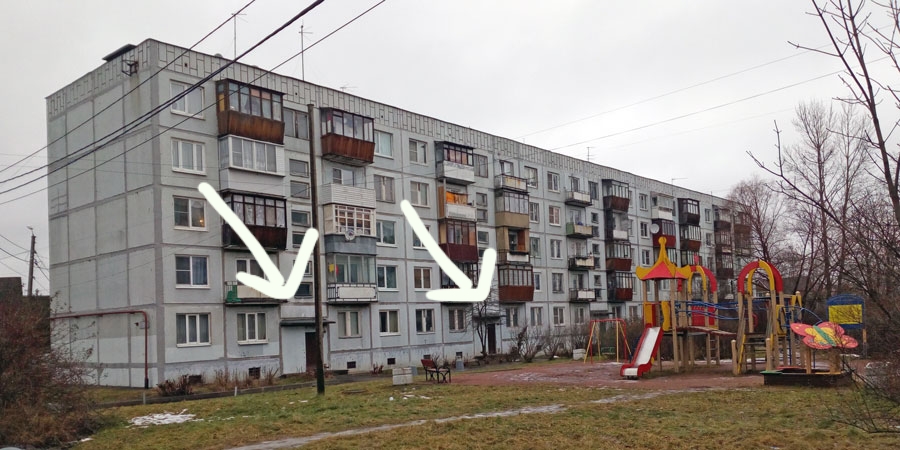 Misha lives in the second ______ of my apartment building.

In England people would generally use the word staircase.

A more general term would be section. "I live in the second section of the apartment block" does not convey the full meaning, but would be universally understood and is less cumbersome.

The Scottish term "close" suggested by @tkp would definitely be misunderstood in England, where close would mean a short road or cul-de-sac.

In British English, in Scotland at least, I believe the word "close" can refer to exactly what you describe. It is an entrance to a multilevel building just like your picture or, more traditionally, to a tenement. It is pronounced with a soft "s", in the same way as when saying "close by" or "close at hand". So, when I was young, I lived in the third close in our street. (Actually, I'd have said "...up the third close..." but that is definitely a Scottish colloquialism.) and, just as you describe, entering a given close gave you access only to the homes in that particular section. To get to other homes, you had to exit that close, back onto the street, and then enter another close.

Unfortunately, I'm not sure that this usage extends even throughout Britain, let alone to English overall. And even in Scotland, the same word can also mean a passageway through and not the communal entrance into a section of a building. But perhaps this can give you some leads to other options. In checking this before answering, I did come across terms like "vennel" and "pend" which might also help you in searching.

I would suggest entranceway or entryway as suitable.

According to wikidiff.com, there is a small difference as nouns between entryway and entranceway.

"Entryway is an opening to a hallway allowing entry into a structure and entranceway is something that provides access to an entrance; an entryway".

I don't believe there is a commonly used word for this specific arrangement in American English. If the separate units were single-family homes we would call them terraced houses (UK) or townhouses/rowhouses (US)—and it is true that in many cities such houses have been later subdivided so each house contains multiple apartments. But I don't think the term would be used to describe an apartment building that was designed as an apartment building from the start.

Two words that may be easily understood in context are:

tower, noun
5. Any very tall building or structure; skyscraper.
6. (figuratively) Any item, such as a computer case, that is usually higher than it is wide.

Incidentally, the generic word unit would probably not be a good choice because in some countries "unit" means a specific apartment, such as "Unit 201" (which might be in the second "block" or on the second floor). So it would be confusing if you used it to describe a group of apartments—though, again, it could work if the context was clear.

But in the absence of a single word (such as close as @tkp suggested would be understood in Scotland) you can always describe what you mean:

Misha lives in the second set of apartments of my apartment building.

In the semantical sense "entrance" is the closest word to 'подъезд'.

There is no exact equivalent in English, because the word 'подъезд' was probably derived from the verb "подъезжать" (~ approach by car (example)).

I believe the problem is not with the word itself, but with the structure of the original sentence. I speak both languages and can see that the following sentence is constructed based on how we would say it in Russian.

"Misha lives in the second ______ of my apartment building."

In English we would most likely say something like this.

"Misha lives in my building, second entrance from the left (or middle entrance if there is only 3 of them).

Another thing to note is that at least in North America, most if not all buildings have only one entrance. Another entrance is usually understood as a backdoor for, say, delivery.

However, in the US, if I were directing a person to the second section of the building I would say:

Breezeway is usually in reference to open-aired stairways in apartment complexes but most Americans would understand this even if it is a closed stairway. 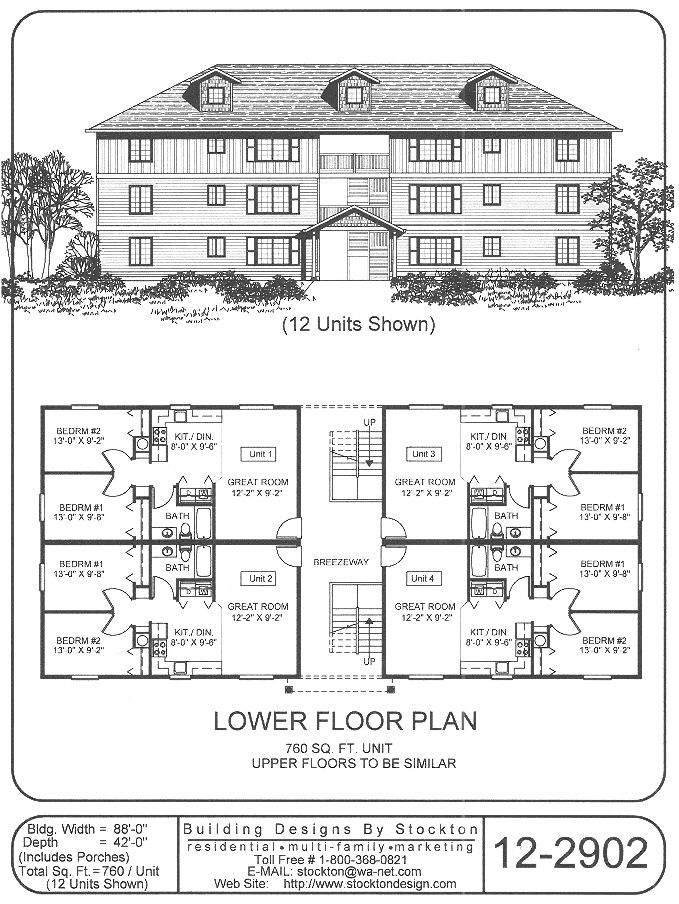 I believe the word you're looking for is "foyer". This is usually an entrance to a set of apartments. Sometimes when multiple apartment buildings are linked, as the ones in the picture, they have multiple foyers.

If you were to give directions to Misha's place it would be: "In the second foyer, on the third floor, is Misha's place."

In Russian, the "подъезд" (or how they say in Saint-Petersburg, "парадное"), can have two different meanings, depending on the context:

As to the previous answers, the "unit" is an equivalent of an apartment ("квартира" in Russian).

I don't know if there is an exact word translation but it may be "unit". I think if I was trying to convey the same concept you're saying in English there's 2 ways I could go:

"Misha lives [on the 3rd floor] in the 2nd unit of our building."

"Misha lives in the 2nd building of our complex."

At least in America, I think would depend on how the sections are addressed. Here each of those would have it's own street number/address if it was an independent building. So then I'd use the building/complex form. If not (they have one street number address) then they'd be referred to as units (unit 1, unit 2) of that address. For example: 27 Main street, Unit 2, Apt 3 Sometown, USA

5
How can we say someone is falling into sleep and awakening repeatedly?
3
How to summarize "water bill" and "electricity bill" into a word?
14
How do you say "enchufado" in English?
10
How to describe this font feature in English?
3
English word combination to translate a Persian poetic word “DelGard”
0
How can I translate "Cátedra" from Spanish?
1
How is this ornithologists' activity called in English?
0
How do you say @ in English?
0
How to rephrase "do not necessarily translate into"?
1
How to describe "burst into laughter and spit out water" in more idiomatic English?