Cut 2. To separate into parts with or as if with a sharp-edged instrument; sever: cut cloth with scissors. 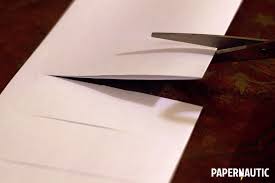 I’ve posted related question before, but I can’t find where it’s posted.

As verbs, the difference between slit and cut is that slit is to cut a narrow opening while cut is to perform an incision on or an opening resulting from cutting.

For example, Let's say you have a banana. If you cut the banana in half, you'll get two pieces. If you slit the banana, you still have one piece, but now this has a small opening in it which is called a slit.

To be honest there isn`t much of a difference between these two words but I hope this helped:)

0
cut-out-and-keep -- meaning?
1
Problem understanding OALD entry definition
1
What is "the languages object definition"?
8
What is the difference between "get my hair cut" or "have my hair cut"
1
"be reserved for" definition
2
less than clean cut matter
1
"Less than savoury" definition
5
What does "House Cut" mean?
1
what's the difference: cut vs cut through
0
Definition of Forged