What should I call them? a Nameboard? a Board? a Plaque? 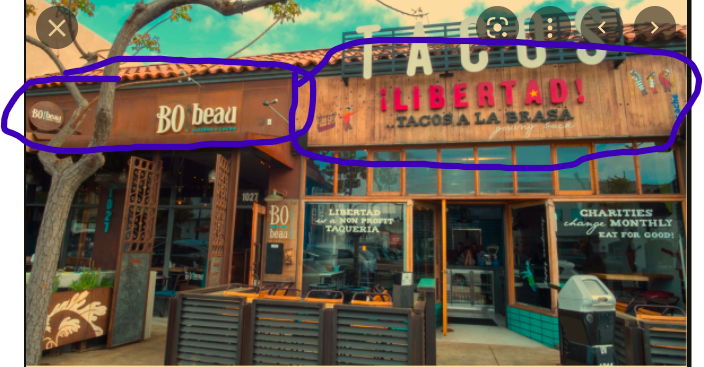 In general, you could refer to such a sign as a "store sign" or perhaps a "retail sign". You might also call it a "marquee"; it is different from a typical marquee but close enough that you would be understood.

The round sign on the far left looks as though it projects from the facade; in that case, it might be called a "shingle".

I speak American English; other people may use different terms.

1
The right word for search with looking over something in cursory way
1
What is the best word for 'search in something'?
3
What's the proper word for "ignorable"
0
Looking for correct/appropriate word which represents, it's not SLA Missed because the defined SLA time is not over
0
Can I use Ms. with a married women?
1
"Wood board" vs "wooden board"
2
Equivalent of above and below for the words right and left
2
The right word for left-handers
0
What is the word for the different "slots" in a budget?
0
Experience precautionary messages from ... - is experience the right word here?