What is the difference between "compose of" and "composed with"?

More precisely, I want to understand "composed with us in mind" in the following passage. 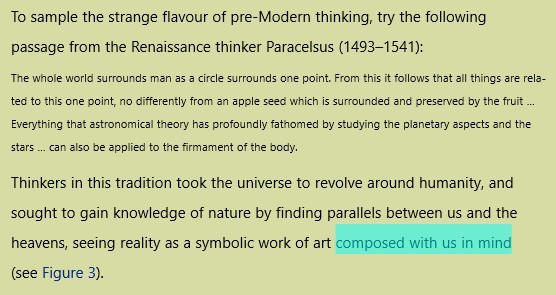 Roughly, I think that maybe "composed with us in mind" means "made by our mind".

“Composed with” is not a phrasal verb.

To do something “with x in mind” means perform that action toward some explicit purpose or end.

To say reality is a “work of art composed with us in mind” means that there is an artist (God?) who is composing reality as if it were art, and that artist is doing so on behalf of humanity (“us”).

To illustrate, these are correct sentences: