difference between 'beneath' and 'under'

And finally (since he had started looking at the inadequacies of his life, why not make a comprehensive survey?) there was his recent weight gain; a full stone and a half, so that he not only felt fat and unfit, but was putting unnecessary additional strain on the prosthetic lower leg he was now resting on the brass bar beneath the table....... He returned to the bar to buy a third pint. Back at his table beneath the cupola, he drew out his mobile phone and called a friend in the Metropolitan Police whose friendship, though of only a few years’ duration, had been forged under exceptional conditions. (The Cuckoo’s Calling, by Robert Galbraith) 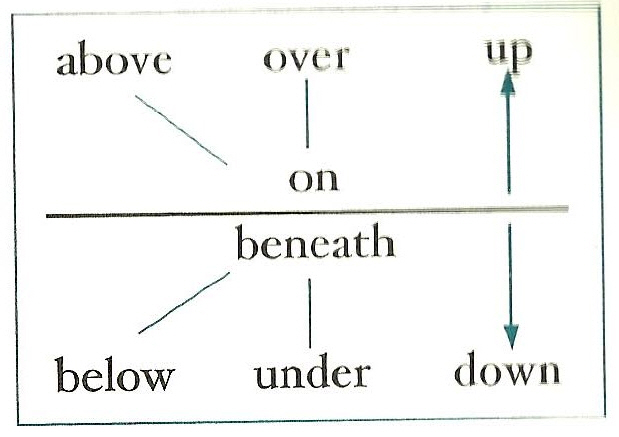 The chart that a grammar text has drawn says that ‘beneath’ is under a position, making contact with underneath of something; and ‘under’ is lower than that. But it seems not like that way when I look up Merriam-Webster’s examples below and the above example from Galbraith's story book. I rather say that 'under' and 'beneath' are used with the same meaning.

We had a picnic beneath a large tree.
We sat under a tree and rested a while.

the ground beneath [=underneath] her feet
I'm wearing a sweater under my jacket.

Does the chart deliver wrong message or was it making sense in the past - the text was written in 1967 ?

As far as the chart you reproduce is concerned I think it's misleading, there's no difference in position between beneath and under and both should be on the same level.

I would say that beneath and under are near synonyms, they both mean that something is lower than something else. The essential difference is in register. Beneath is more formal, more literary. The choice of one over the other depends on what you want to convey.

both mean that the jacket is on top of the sweater.

When used in an abstract way beneath is preferred to under.

We have a lot of work at the moment and we are under great stress.

As in you examples I have only considered the use of both words as prepositions. But note that under is very rarely used as an adverb (I can't think of an example where it would be used as one - which does not mean it is impossible, of course) whereas underneath can.

The garden is just under/beneath my bedroom window. (preposition - it is followed by a noun)
When I look out of my window I can see the garden beneath/underneath. (adverb)

My personal notes on this topic: Most of this is taken from this, this and this. 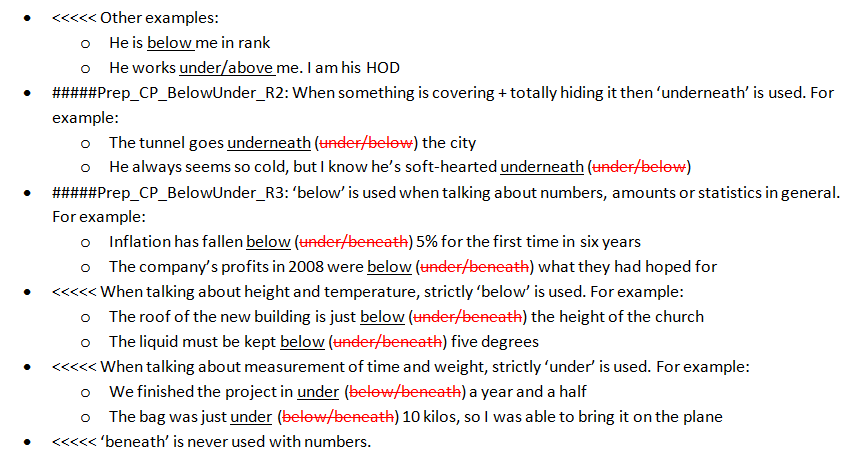 Not the answer you're looking for? Browse other questions tagged prepositions vocabulary or ask your own question.

0
The difference between 'beneath the sea' and 'under the sea'