I noticed a TV show in a streaming app that basically has 2 seasons, but I'm wondering why do they use the word differently i.e. season and installment (instalment if it's British according to OALD) 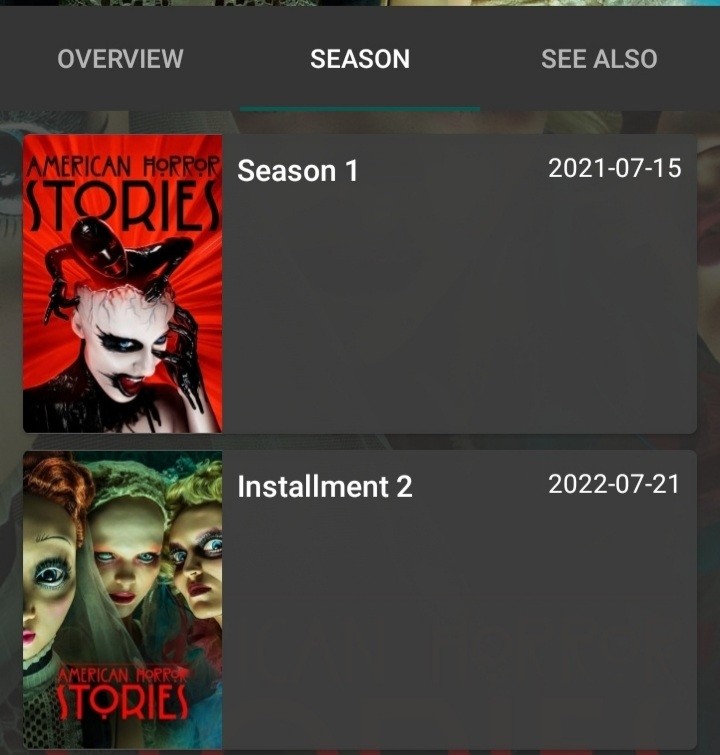 Regardless, are those two words synonymous? Or is it just the app that uses the word incorrectly?

"Installment" is used in film series.

Instalment is used much less frequently for film series than episode is for television. Source

But it isn't used very frequently.

According to Cambridge, an installment is

one of several parts into which a story, plan, or amount of money owed has been divided, so that each part happens or is paid at different times until the end or total is reached.

I no longer follow AHS, so I have no more context, but I understand that it's not a season nor an episode but rather the first delivery of the story.

3
Differences between "inform, tell, notify, and instruct"
2
Garner vs Glean vs Collect vs Get
1
Use of the verb "to ride" when referring to riding a motorcycle
1
"over the past five seasons" or "over the previous five seasons"
0
Installment Vs Mortgage
2
to mark a time/date/season
11
Difference between "Simultaneously", "Concurrently", and "At the same time"
2
Chapter or Season?