What is the right word to refer to a black person, when you don't know their name?

Excuse my ignorance, I have lived in the UK for 8 years however I still don't know how to refer to a black person, as I came from a country where racism was not an issue.

Some agency called me last week and I was trying to explain to the person over the phone that I had visited them a few days prior to his phone call and I had been served by one of his colleagues, he insisted on knowing the name of that person and I couldn't remember the name so I said it was the black guy. I could tell that it was not appropriate or maybe he just didn't like the way I described his colleague.

Should I have said "dark"? "tanned"? or what exactly? I can't think of saying black American (I hear that lots on TV) as I live in the UK and nobody is American. Also I don't know what to add to the word "Afro" to make the equivalent of "black".

I have asked a friend who isn't a native speaker either and she only confused me more by saying that I can't even call a blackboard that name any more but it has to called "whiteboard" in order not to offend black people.

In the UK, black person is the usual way to describe someone of African or Caribbean ethnic background and I wouldn't expect it to be taken as offensive. Referring to someone as a black (as a noun) would be offensive.

Referring to someone as the black guy could conceivably be interpreted as a little disrespectful if you might have been expected to call them by name, depending on the context. In your specific example you could have said I don't remember your colleague's name but he's black, if that helps? and I wouldn't expect anyone to be upset by that form of words.

Your friend is either misinformed or engaging in propaganda against perceived "political correctness". Stories about the word "black" being banned in some context or other pop up in the tabloid press with depressing regularity but invariably turn out to be untrue or misreported.

To answer the last part of your question – where someone told you that you should avoid using the term blackboard – there is a difference between a blackboard and a whiteboard; the two terms refer to different products.

A blackboard, also called a chalkboard, is usually black or dark green and is meant to be written on using chalk. 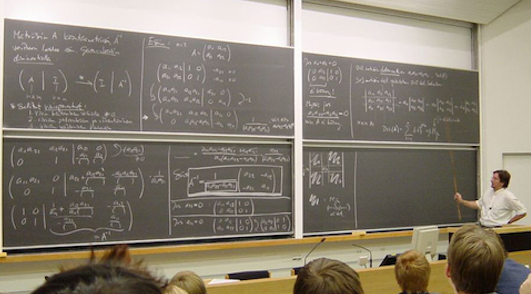 A whiteboard is a smooth white plastic-coated board, meant to be written on using a felt pen. 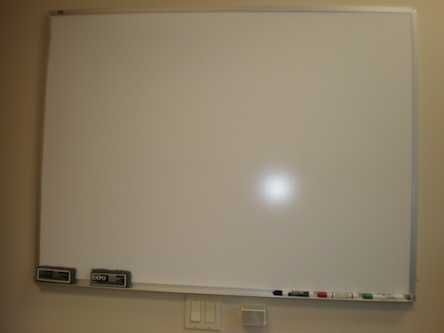 Blackboards and whiteboards are different things. Whiteboards are starting to displace blackboards due to chalk allergies, among other reasons. However, referring to a blackboard as a "whiteboard" due to racial sensitivity is silly political correctness gone wild. If you really need a euphemism, call it a chalkboard.

As you pointed out "African-American" doesn't work for the UK, as the person is not American.

That term, at least in the U.S. has somewhat fallen out of favor in recent years because there are also black Dominicans, Jamaicans, Brits, and actual Africans who got tired of being mislabeled. I imagine it's a similar situation in the UK.

While "African-American" is still very common here, using "black" seems to be be the most recent "acceptable" term because it is in fact a descriptive neutral adjective & avoids the question of specific cultural backgrounds.

As pointed out above, however, using "black" as a noun ("a black" or "the blacks") is disrespectful because it's just another way to group people together under a blanket stereotype. It becomes a sort of stand-in for "the N-word" and ceases to be a useful descriptor for the individual.

Perhaps they have several "black guys" working there? Offering more information might help narrow things down. I might suggest throwing it into a list of other adjectives:

He was about 30, tall, black, and wore glasses - sorry, but I don't remember his name.
He was here last Thursday around 2pm.

Is this hyper-sensitive overkill? Maybe. On the surface it seems sort of ridiculous to have to dance around somebody's most obvious identifying characteristic ... The commenter above made a good point about this though - you wouldn't refer to "the big-forehead guy" or "the hot chick" in polite conversation, even if those descriptions are accurate.

"Tanned" and "Dark Complexion" are definitely terms to avoid - not because they're offensive - they're just confusing. If you describe someone as "tanned" I would never think that you're a referring to a black or Asian person.

Black would be the obvious choice in most contexts (as in "(s)he's a black guy/woman") although it's not really specific enough. OK, maybe they're the only black person there but bringing attention to that seems a little crass. It's fine as part of a wider description though.

Similarly, if I was describing someone who was in a wheelchair I probably would mention that they're in a wheelchair - but my description wouldn't just be "The guy in a wheelchair" because that comes across as a rather one dimensional view of someone.

I'll break down the issue with using the term black guy from my perspective. First is the term black; you are identifying someone completely by their skin color. Second is the term guy; it's a casual word that doesn't confer respect. Put those two together and you are identifying someone by their racial characteristic in a manner that doesn't confer respect.

Here are my suggestions and I'm sure there are super sensitive people who would disagree with them. If there's a dozen white people in a room and one black person, I'm not going to tiptoe around the easiest and most obvious identifier; I will however, try to show a little bit more respect and use the term black gentleman. For example,

I don't remember your colleague's name, but he was the black gentleman at the managerial department.

Or, you can lessen the impact of identifying someone strictly by skin color by using other identifiers in addition:

I don't recall your colleague's name; he wears glasses and has a cubicle next to the water cooler; an African gentleman.

You can't please everyone but I think being mindful of respect goes a long way.

It's not fully safe, but that is a problem with society. "Black skinned" is exactly how it is unless they have a lighter tone and then I guess you can replace "black" with the tone, but in the end I can't see why you have to, it's become a too touchy subject.
Saying black is also safer and more literal than most, but it seems a little labelling as if you ARE black rather than somebody with black skin.
Also try to avoid even partially negative words with black as it may be taken the wrong way, for example, use black person over black guy.
I would say any of the above is literally correct, but not exactly socially accepted but as you tend towards socially accepted it becomes less literally correct as if the whole subject is something that should be avoided and that itself causes problems.
African-American and all those location based names are just incorrect and may be taken negatively for completely different reasons because being called African-American who themself and their family has always lived in say the UK is just wrong.

It is true that for some people in the UK, race is a highly inflammatory topic, unfortunately sensitivity and respect have been overridden by political correctness gone mad. Consequently, if I felt the person in front of me was setting me a trap, i.e. he or she was testing me, I would have described the person as if he were "white". I wouldn't normally start describing any caucasian as being "white", so why should I if the person happens to have a different skin colour? I'd start with their height, hair length, age, physical appearance etc.

A: Who did you talk to yesterday?

Me: [example] "I'm sorry I don't remember his name. I think it began with J, but I'm not sure. He was a tall guy, well-built, must have been in his 30s. His hair was quite short and he was wearing glasses, and a red sweater too. He had a beard, and tattoos on his forearm.

A: (after listening to the brief description) Anything else?

Me: Yes, he had black skin/His skin was black.

3
Word for a really black African-American

1
In 'call someone here', is 'here' locative or temporal?
3
Asking a person for their name
2
Usage of the word 'sir'
5
When talking to people on the phone for the first time, is it correct to use "This is" and "I am" together
4
How to invite a couple when I don't know husband's name?
10
What are some polite ways to respond to the people who call your name but you don't know them
1
Which is more natural English: "I don't know what the cause is" or "I don't know what is the cause"?
0
How to explain that some phrases sound more informal/casual in a business context than others?
0
Does referring to a third person by their first name require you to be on a first name basis with that person?