What does “in a nut shell” mean in this context?

I know what a nut shell is: 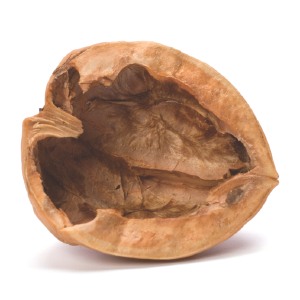 But what is its meaning in this sentence:

In a nut shell I'm trapped mentally and physically.

In this a common expression? Does it mean that he's closed in himself?

This is quite a common expression. This is similar to saying ... in short... But I understand that the confusion is due to nut shell and trap. He's not trapped into the nutshell!

TheFreeDictionary has an entry for that and it is an idiomatic way to say that.

in a nutshell - In a few words; concisely

So, he's not fitting himself into that little space but comprising the matter that might fit well into it! :) Said that, he's telling something in short without adding much explanation.

It's often used when you don't want to get into a long description or explanation.

In a nutshell is often said after one has explained in depth a topic. It is a summary of the events.

In the example provided, I could imagine the speaker talking about his/her personal problems.

In a nutshell OR in other words, I'm trapped mentally and physically

This is a metaphor. The inside of a nutshell is a small space; hence anything "in a nutshell" has been compressed into a small space, in other words: summarized. The context given is not in itself a common usage and the "nutshell" is not a reference to the state of being trapped.

As with so many of these metaphors, it is a cliché and should generally be avoided in favour either of something fresher, or something straight-forward.

Not the answer you're looking for? Browse other questions tagged meaning word-usage meaning-in-context or ask your own question.

15
What does the nutshell in “in a nutshell” stand for?