What does sb. mean in NED?

What does 'sb.' mean in this dictionary, NED, below? 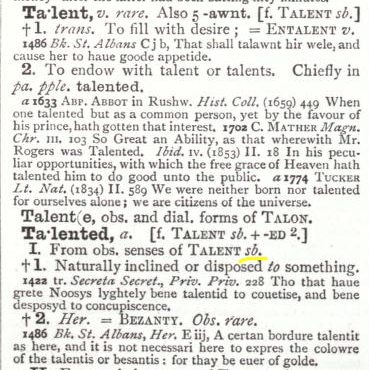 This term is used for "noun" in older works on language, including older grammars and dictionaries. In the current version of the Oxford English Dictionary, they went and replaced all their sb.'s with n.'s.

You can find more information in this section on Wikipedia,

Substantive as a word for noun
"Substantive" redirects here. For other uses, see Substance (disambiguation).

Starting with old Latin grammars, many European languages use some form of the word substantive as the basic term for noun (for example, Spanish sustantivo, "noun"). Nouns in the dictionaries of such languages are demarked by the abbreviation s. or sb. instead of n, which may be used for proper nouns instead. This corresponds to those grammars in which nouns and adjectives phase into each other in more areas than, for example, the English term predicate adjective entails. In French and Spanish, for example, adjectives frequently act as nouns referring to people who have the characteristics of the adjective. The most common metalanguage to name this concept is nominalization. [...]

Not the answer you're looking for? Browse other questions tagged abbreviations or ask your own question.