I know what is the meaning of a "fig leaf" but I can't relate that meaning with this sentence.

The November 1984 killings were the result of targeted, one-sided attacks on Sikhs by mobs that could not even summon the fig leaf of a prior or imminent attack on Hindus as a justification.

Fig Leaf - Something to hide something else that is often embarrassing.

This is the meaning I know.

Please help me understand the meaning of "fig leaf" in this sentence. I have checked many dictionaries online and they all say the same meaning I just wrote above.

Mentioning fig leaf will evoke the story of Adam and Eve who covered their private parts with fig leaves. (For more information, see http://en.wikipedia.org/wiki/Fig_leaf.)

We can find fig leaves on some ancient statues, such as this statue of Mercury in the Vatican. (The image can be found on the same Wikipedia page mentioned above.) 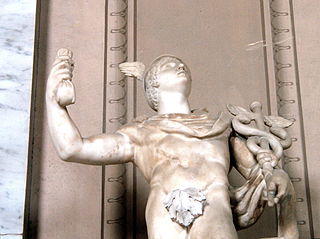 Naturally, fig leaf has become a phrase for, as you said, something to hide something else that is often embarrassing (or considered morally wrong). To put it simply, it's a cover that is used to cover whatever you want to hide because you think it's embarrassing or you feel ashamed of it.

Here is our sentence in question:

The November 1984 killings were the result of targeted, one-sided attacks on Sikhs by mobs that could not even summon the fig leaf of a prior or imminent attack on Hindus as a justification.

The author appears to believe that the mobs should be ashamed of these killings (as indicated by "targeted, one-sided attacks").

And if the mobs tried to justify this result by covering it with a prior attack--or in their own words: "summon the fig leaf of a prior or imminent attack"--it just would not work.

In short, in their opinion, the killings were result from shameful acts, and the word fig leaf is used figuratively to refer to a prior attack, which to some might cover (justify) the acts, but for the author, it could not.

As the other answers have said, a "fig leaf" is a covering placed over something of which one is ashamed. By extension, it can be used to mean to "cover for some shameful act". If we extend that meaning of "cover" even further (the extension becomes tenuous), the phrase can be used to mean "pretext".

The mobs could not find any cover for their actions, as there had been no prior attack, and there was no imminent attack.

0
Does “leaf-shushed world” mean a quiet world where only the sound of leaves can be heard?
0
Meaning of CV fields
0
“in return for” meaning
0
The meaning of notion
6
Can “leaf” be used to mean “sheet” or “page”?
1
Contextual meaning
3
What does “find” mean in this excerpt from “Leaf by Niggle”?