Does 'pepper' include bell peppers

Sometimes peppers, bell peppers, capsicum and chilies confuse me, perhaps, because I am a South Asian, but this article is written in American English.

For more context see the subtitle Diet of the article http://www.healthline.com/health/psoriasis-alternative-treatments

Here is the second meaning of pepper:

a capsicum, especially a sweet pepper. ( by Google dictionary)

Is bell pepper (yellow,red and green) a capsicum?

To get this away from botany and back to English: yes, at least in American English, the word pepper can indeed refer to a bell pepper of any color. With appropriate context, it can also refer to a chili pepper, and as an uncountable noun, it can refer to black pepper, usually in its dried ground form as a table seasoning.

The article you quote seems to be suggesting that psoriasis sufferers avoid bell peppers and chili peppers, but not black pepper.

This is a case where botany and English language overlap. To understand the sense in which the word 'pepper' is used in example sentence and to understand the relationship between 'pepper' and 'capsicum' we have to consider two botanical issues:

And, as you might guess, things get a bit more complicated, because there are overlaps in these two questions.

Scientific names have rules. They are binomial (consist of two parts) following a system that was first (formally) introduced by Carl Linnaeus. The first part of the name is the name of genus; the second part of the name refers to the specific species inside the genus.

E.g. Capsicum anuum is a species that belongs to the genus Capsicum.

Plants (as well as other living organisms) are organised in hierarchical groups: species < genus < family < order < ...< kingdom. There is a sub-group within the same species: variety. One species (with the same Latin name) can have many varieties, and their names are distinguished by adding 'var.'. E.g: Capsicum annuum var. annuum and Capsicum annuum var. glabrisculum.

The source of confusion

Another plant that belongs to this family?

Here - pepper is used as a common name for both the species Capsicum annuum and the genus Capsicum. This includes plants such as Capsicum baccatum and many others.

So, yes, you can say: Capsicum => pepper 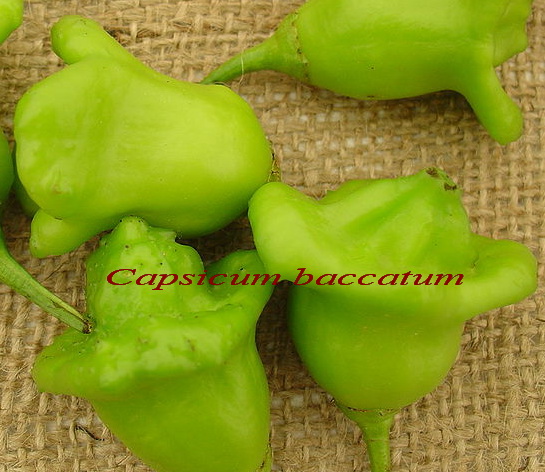 They, together with potatoes, tomatoes and many other plants belong to the

There are several homonyms in English language that are spelled and pronounced pepper one of which is Pipper nigrum, a completely different spcies, of different genus, family and of course culinary uses.

6
What is this food called in English?
1
(Bell pepper, capsicum, chilli, pepper) What's the difference?
-1
Usage of "paprika" and "bell pepper"

1
What does "change them it does" here mean?
0
Why the word "include" is used?
38
What's the meaning of phrases that include "ship", "shipping", when there is a conversation about the heroes of TV series?
1
“What it does it does” ?
2
How to understand "with two minutes to go to the bell" in this context?
2
What does the broken bell wire signify here?
3
Does "comprehend" mean "understand" or "include" in this long sentence?
1
Does "Before [month]" include that month?
11
Does "peer down on somebody" include the meaning of contempt?