Do Americans pronounce ‘I’ll’ as ‘all [ɔ:l]' as an American ESL teacher says, frequently? 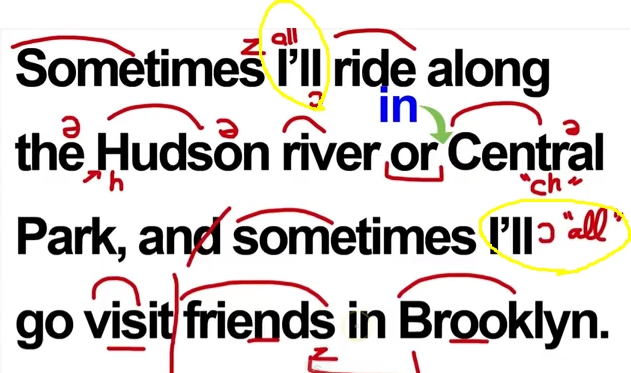 I already lived with an American boy and I remember the fact that he pronounced "I'll" approximately as "all", so this sounds true for me. :-)

I'll is not really pronounced the same as isle or aisle in American English in normal speech. When said to read "I'll" in an isolated position some people might pronounce it as isle or aisle. In reality it is always pronounced as if it rhymes with doll in American English. It is a similar situation with the word "to." If isolated (or in quotation marks like I just did) Americans will pronounce the same as too or two. However, it is almost always pronounced with a schwa unless it's at the end of a sentence, for example: "I don't want to." Regarding the pronunciation of "all" and "I'll" being the same, in the General American accent, they are not. I have seen the Rachel's English videos before and I would have to say that is the main problem that I have with her. She teaches the cot-caught merger which is not standard. So, in conclusion "I'll" is not pronounced like "all" or "isle/aisle" in the General American accent. It is pronounced like "doll" but without the d.

Note that it is not pronounced "Ahh-l".

Yes, it's always pronounced the same as all in American English.

Not the answer you're looking for? Browse other questions tagged pronunciation american-english .

6
How are words ending "-ology", "-onomy", "-ography" pronounced?
3
Pronunciation of "a" in "cat"
6
How do you pronounce: "seeing a"?
1
Do you ever pronounce "thought" the same as "taught"?
23
Do most Americans pronounce 'months' as 'mons', and 'clothes' as 'clos'?
0
The pronunciation of /t/ in British and American English
0
How to pronounce -ttle and -ity in american english?
2
How to pronounce T in 'not enough'?
2
Is it a very common and recognized way to pronounce the word "opposite" /ˈɑː.pə.sɪt/?