What does "Cathartic" here mean?

How can experience be cathartic? Is there any metaphoric meaning here? 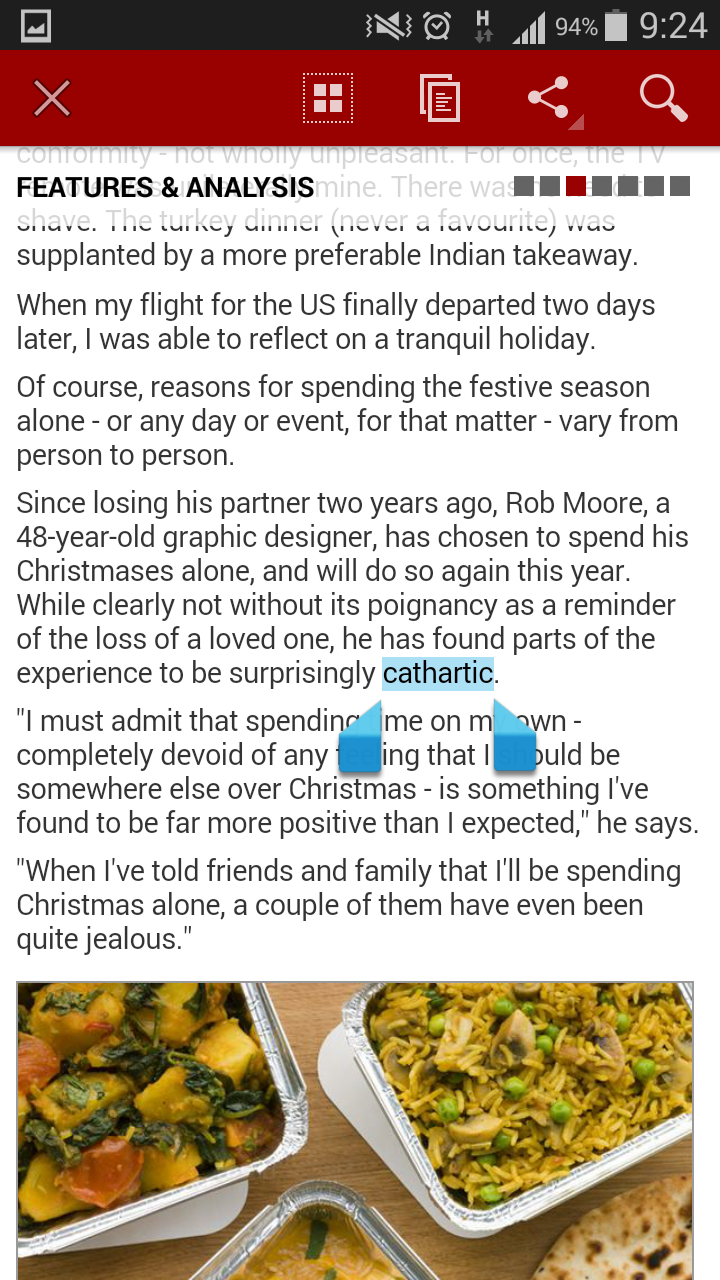 Cathartic evokes Aristotle's theory of drama, in which he tried to explain people's enjoyment of tragedies. Why do people like to go to the theater to see stories acted out in which good people suffer and die, moving the audience to tears? Aristotle explained it by analogy with medical treatments that drain off accumulated excess fluids, like what a catheter does. According to Aristotle, tragedy metaphorically “drains off” negative emotions accumulated during ordinary life, restoring emotional balance in the audience members.

Similar thinking appears in the phrases “blowing off steam” and “venting one's emotions”.

So, yes, cathartic is metaphorical, but it’s an unusual metaphor in that nobody today uses the literal meaning. But the word’s evocativeness depends on the reader’s understanding the metaphor.

In the passage you quoted, cathartic means that Rob Moore found that spending Christmas alone helped him recover, at least partly, from his grief over losing his partner. The word is well chosen because it suggests that being alone at Christmas induced in him a positive feeling somewhat like what you feel after watching a sad movie.

No, there is no metaphoric meaning here.
"Catharic" means spiritually cleansing or purging.

Referring to the text snippet given, one might say than when he was not participating in the hustle and bustle on Christmas Day, he was surprised to find calm and inner peace, when he had expected sadness and loneliness. (Just a bit of an interpretation from me.)

Not the answer you're looking for? Browse other questions tagged word-meaning metaphors .