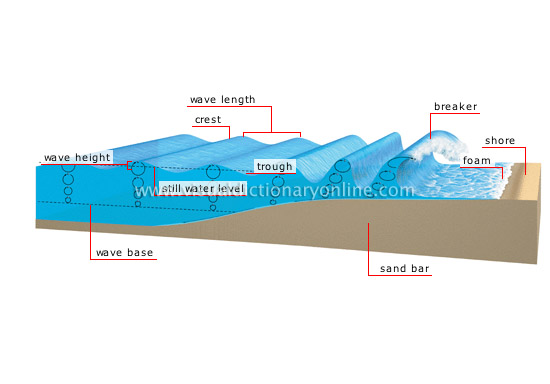 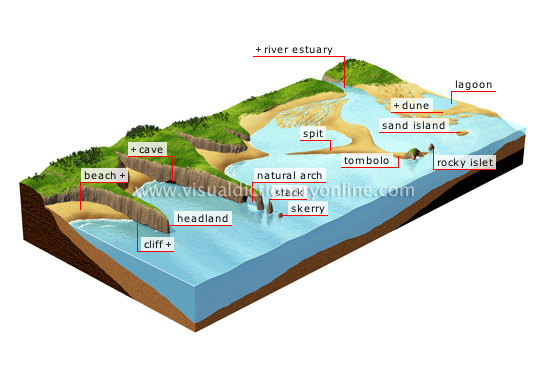 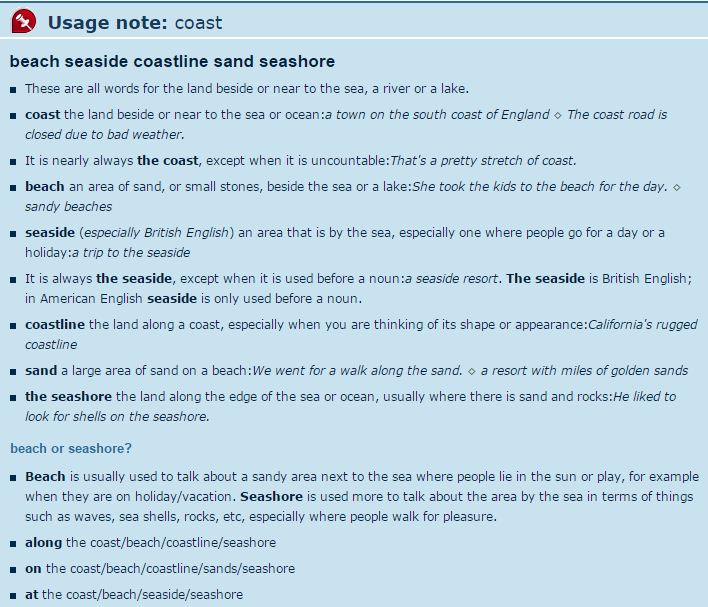 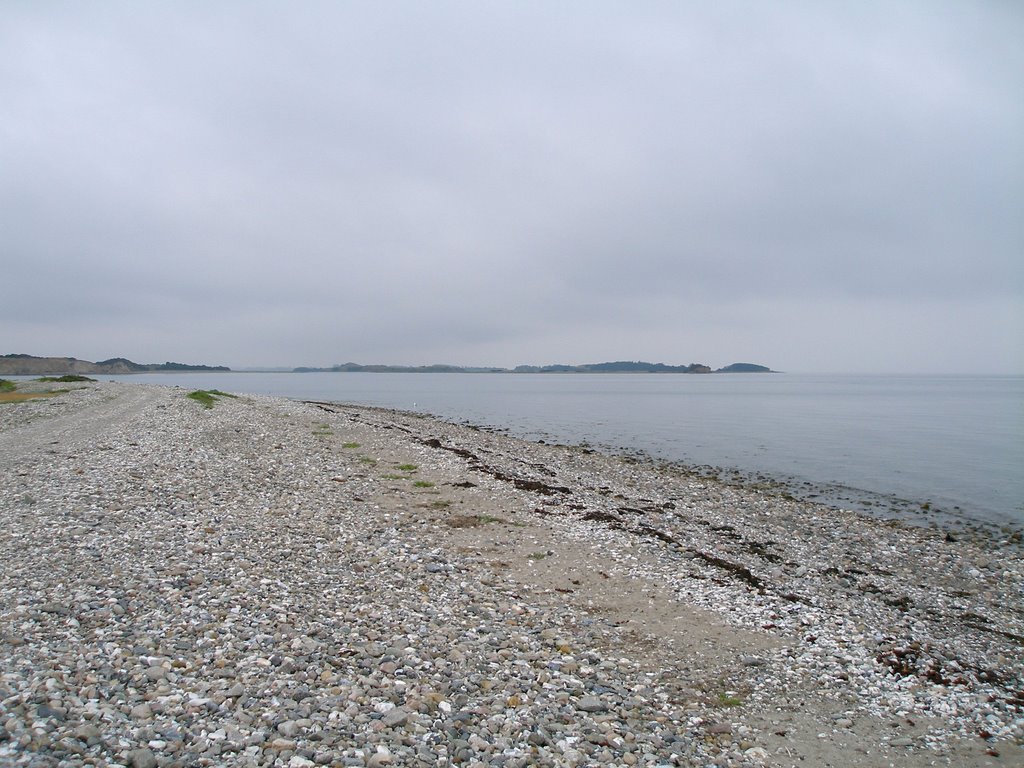 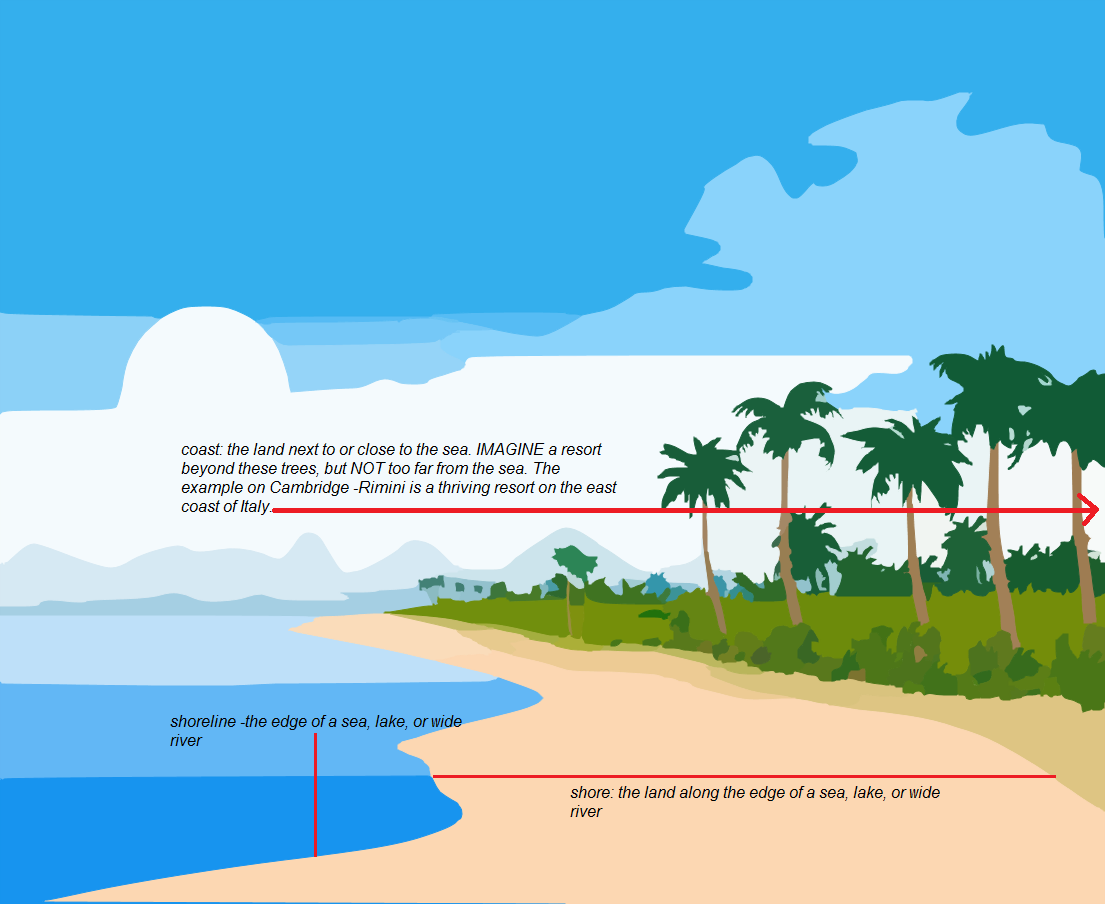 23
In cartography, what do you call the line that separates land from water?