X with a purpose vs. X for a purpose

I am not sure when to choose X with a purpose or X for a purpose.

For example, when describing serious games, I don't know which one of the two following options I should use:

I also wonder without the singular form is acceptable as well:

I think which one you use depends on what you are trying to say. In other words, it's context-dependent.

a game with an educational purpose

a game for an educational purpose

is a complete sentence, so it's impossible to say which one should be used.

The preposition with means you are talking about something instrinsic to the game; for example:

Monopoly is a game with an educational purpose. It teaches young children how to make change.

while the preposition for is used when describing a reason for doing something:

The teacher let his students play Monopoly for an educational purpose; he wanted them to practice making change.

Neither of those sentences is incorrect, or better than the other. One is talking about the game itself; the other is explaining why a teacher used a game during class time. The two very different situations each work better with a different, more suitable preposition.

Incidentally, I noticed a lot of your recent questions tend to go something like this:

Which is better: This with X, or That with X?

where you are actually using letters like X & Y in your question titles. Such questions are often difficult to answer because the answer may change depending on what X is – as happened in this question. So, please remember, English rarely works like algebra, and getting the right wording is rarely as formulaic as an algebraic function. 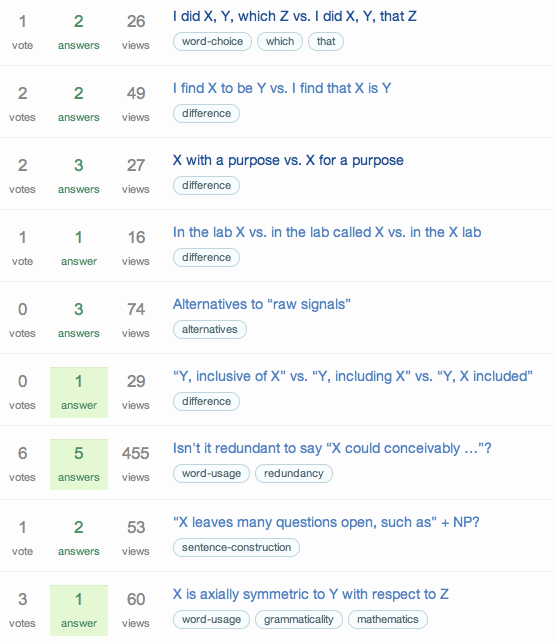 Generally, something can be done "for a purpose", but a thing has a purpose - so I'd use "with" here.

What you're possibly getting at is this essay, titled "The effectiveness of games for educational purposes" (and even if not, it's a good example of a difference).

14
fall into a category vs. fall under a category
4
Difference between 'purportedly' vs 'ostensibly'
2
Would you mind if I + past simple/base form (When you want to ask for permission to say something in the class)
3
"Exact" VS "Accurate" VS "Precise
1
"All in all" VS "Altogether" VS "By and large"
3
When should I use Present Simple or Present Continuous?
1
Wording for three different behaviors for a count-down timer hitting the maximum range
0
Be in a place vs Be around a place (Difference)