The third type of complement used with a transitive verb is an indirect object. It comes before a direct object and answers the question to whom? or for whom? after the subject and verb.

I ask not about the meaning of an indirect object, about which I've read, but about the rationale behind the nomenclature. Wikipedia's explanation is too feeble (as it concedes itself); how's he (as represented by him) only indirectly affected? He received the present, so the sending affects him!

Indirect object  |  Entity indirectly affected by the action   |  She sent him a present.

Law Area 51 Proposal - Co, I think your confusion stems from you not using the sentence as it is strictly constructed to figure out what are the direct and indirect objects. (On another note, this is why diagramming sentences shouldn't be a lost art.)

The original sentence is:

"She sent him a present."

In this example, the verb is "sent". The sentence says nothing about "him" receiving the present. He may have received the present, but that is not part of the sentence's syntax. If "she" does not send 'a present" (direct/primary action) nothing else (indirect/secondary actions) is referred by the verb ("him") and nothing else happens.

Also, think of it as those parts of the sentence that are unnecessary. The sentence may be incomplete (as a concise thought), but it is grammatical and makes sense. Therefore, you could remove the indirect object and recompose the original sentence as:

"She sent a present."

I have attached a diagram. I hope my answer is clear and helps. 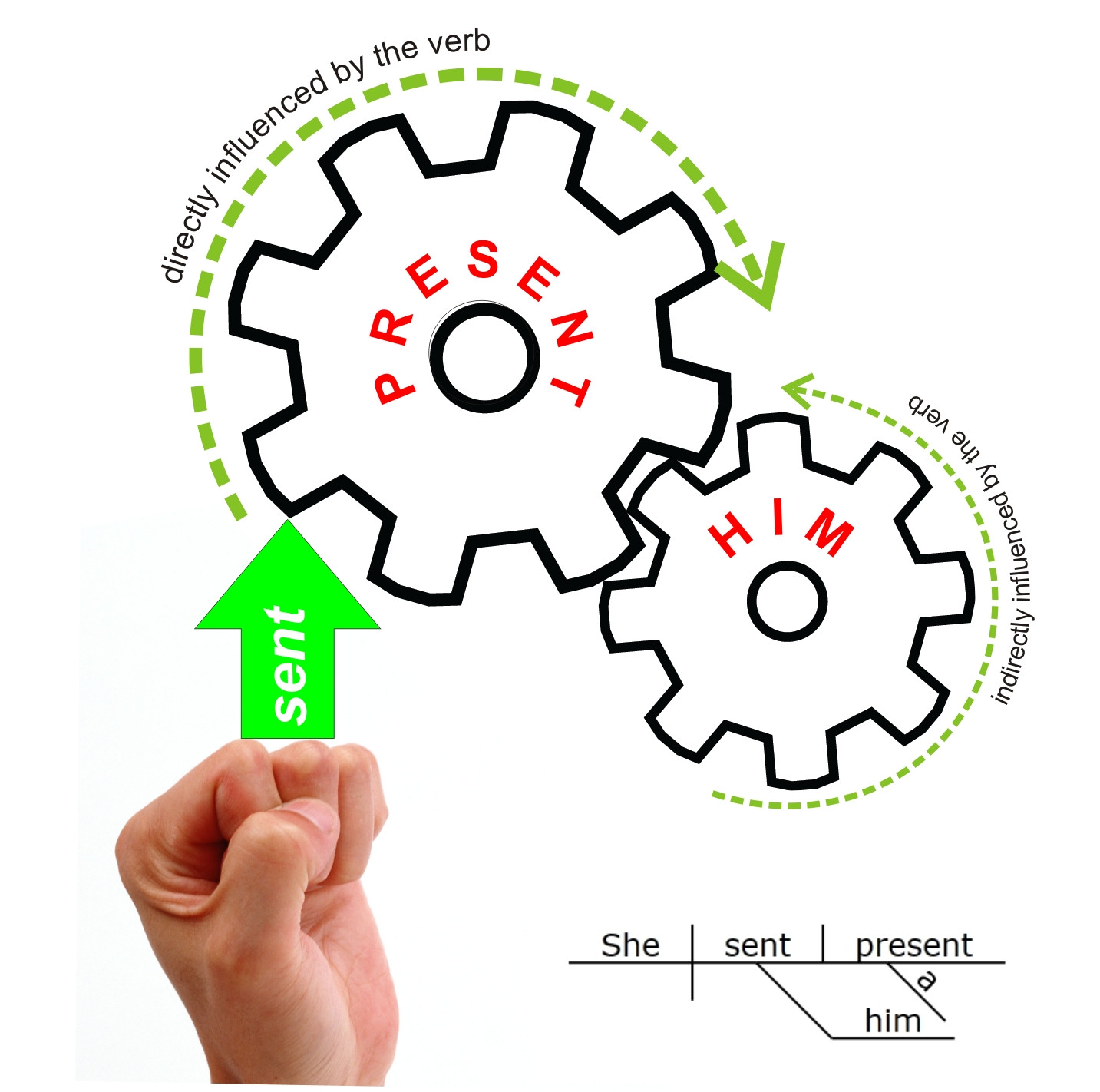 If you say, "I give a book to him", there's a subject, indirect object and direct object. The subject is, of course, me.

As for the direct / indirect objects, there's a book being given and a man receiving it. Although the man is very much involved in the exchange, he is only the recipient. There's also a book in there being thrown about the place, who is far more involved. So, from that logic, the book becomes the direct object and the man the indirect object.

She sent him a present.

That sentence includes the idea of a sent present. The present receives the action that the verb carries. Now, what about him? We're not talking about a sent person. This guy does not receive the action. Instead, he receives the direct object -- the present itself.

Yes, he got the present. That's the more distant, less direct relationship with the verb. The present, on the other hand, got sent. What could be more direct than that?

Mary gave me a book.

Subject is Mary - the subject is who/what is doing the action.

What did Mary give? A book. The book is the "direct object" - what's receiving the action or what's being "targeted" by the action.

"Me" is not directly receiving any action or item. It's coming to me indirectly by way of Mary.

That's why it's called the indirect object.

Not the answer you're looking for? Browse other questions tagged objects indirect-objects .