Please look at this picture 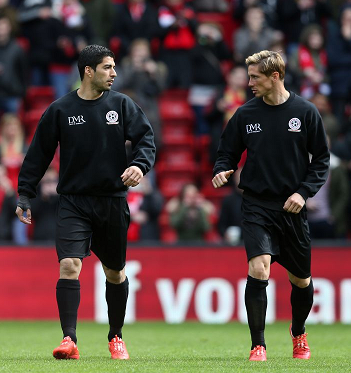 These both were players for Liverpool football club. However, they were not playing at the same time. In other words, they have never played for Liverpool together.

Today there was a charity game in Liverpool and they played together in the same team.

Today the "Daily Mail Sport" magazine states in this link

These two are on at Anfield. What a duo they would have been for Liverpool FC. More here: Daily Mail

It says "would have been".

My question is why not could have been?

I think "could have been" is more correct because it is trying to say that if no one leaves Liverpool, they could have formed a good partners.

Would have been great

sounds better in the context because it was merely circumstance that caused them to not play together.

Could have been great

sounds to me like there was something that caused them to not play together, such as a ban or similar.

“Would have been”, is a “counter-factual” — it is counter to (i.e. different from) the facts about the real world. Thus, you say this if you are thinking about how something other than the real world would have been — in this case an imaginary world in which the two players played on the same team. (“Counter-factual” is philosophy jargon; the English term [jargon] for “would” is “subjunctive”. Same concept.)

“Could have been”, is about the potential [power, capability, ability (can, able to)] of the people (or situation). Thus, you say this if you are thinking about what the people were able to do… and did not, for some reason or other.

Although neither “could” nor “would” is [overtly] wrong… I think “could have been” is not what the magazine writer meant, because it implies or suggests that this actually would have happened if only the people tried harder, or just did something differently in order to… in this case, play on the same team.

That is a good question!

What a duo they would have been for Liverpool FC, if they had coincided.

Not the answer you're looking for? Browse other questions tagged subjunctives .