From the book Thinking in Java:

What does that actually mean? I tried to look up other definitions of the word track in dictionaries, but to no avail. I couldn't find anything that could even remotely fit the particular usage the author uses here.

In the context of a conference, a track is a series of related presentations all focused on the same topic.

For example, if you look at the conference planner for OOPSLA 2014, you'll see that they had four presentations on Program Analysis and the Web in one room, while there were four more talks on Runtime Systems in another room.

So, two conference attendees might be having lunch together, and say:

"Did you see that talk on garbage collection?"
"No, I was in the other track."

meaning that she was listening to the talk in the other room.

Evidently, the author of the book started the C++ track at the Software Development Conference, and later did the same thing with the Java track. The chair of a track often has the responsibility of introducing each speaker during that session, and making sure speakers don't go past their allotted time.

Incidentally, a corollary of Murphy's Law says: At a conference, the two talks you most want to attend will be held at the same time.

Literally, "track" means a trail or path. As in, "The track through the forest was well-worn from all the people who had walked on it." English-speakers hearing the word these days probably most often think of railroad tracks, the steel rails that trains run on.

Metaphorically, "track" is used to describe a path to a goal. Like, "George is on track to be our next governor." That is, George is doing the things that will lead to becoming governor, maybe he's gone through other offices seen as stepping stones, or is conducting the right sort of campaign. It is often used for classes that you must take to learn a certain subject, like, "I am on the quantum physics track", meaning, I am taking classes in quantum physics, probably an organized set of classes to get a specific degree.

In an academic context, as stated in Merriam Webster's definition #3.c, a "track" is:

one of several curricula of study to which students are assigned according to their needs or levels of ability.

A programming conference might have "tracks" for beginner/intermediate/advanced attendees. Or, as in the example you cite, perhaps they break things down by topic.

In university courses, it's common to have your major field of study but then you can choose a "track" within it to specialize and focus based on your interests. A computer science major could for example follow a software engineering track, or an information security & networking track, etc.

As mentioned in another answer, a "track" has a sense of progressing from one known point to another, without being able to deviate too much. If you stay on it, you can tell where you'll wind up.

In your example, the author is referring to his experience creating the C++ portion of the conference, and later the Java portion (as opposed to someone who worked on the entire conference or some part that didn't deal with a specific focus).

As J.R.'s answer says, "track" in "the C++ track" at a conference means a sequence of talks with a common, broadly defined topic. Here's some explanation of how that relates to the other senses of the word "track".

The primary meaning of "track" is the mark left in the ground by someone or something as it moved along, implying that you can follow the same path by following the tracks. There is a strong implication that the tracks go in some sort of a line. For example, here are some "tire tracks": 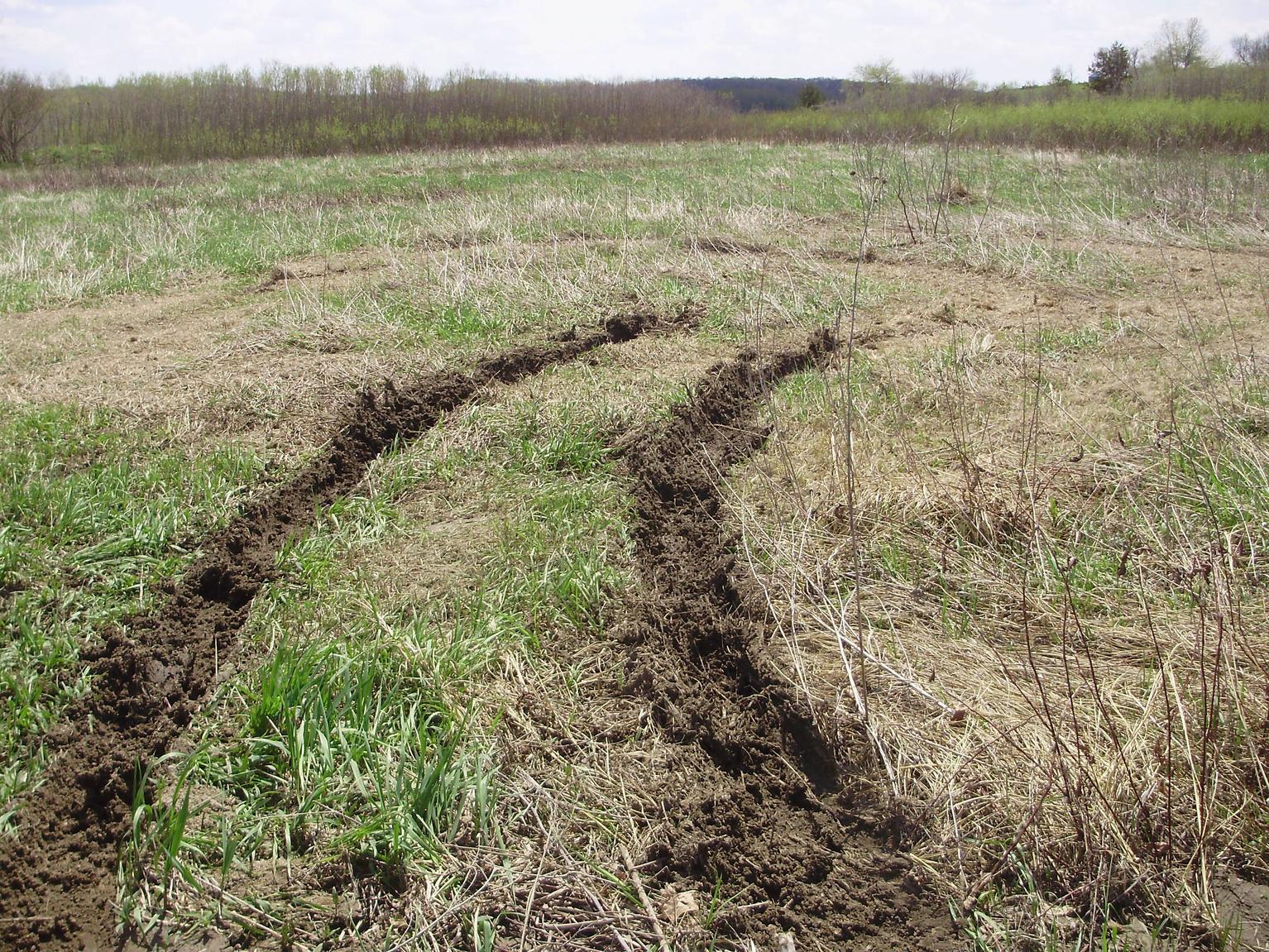 A secondary, extended meaning, which is more common than the primary meaning, is a path that has been consciously designed to be followed. For example, "train tracks" physically guide trains to move along a certain path. When people or horses run races, they usually do so on a "race track".

When I go to a conference and see the "tracks" listed on the schedule, I can't help but imagine that each track is a straight path through the conference, parallel to the other tracks, and that the people attending the talks of one track are something like a herd of cattle, but moving along somewhat more deliberately and having the ability to choose to jump to another track at any time. 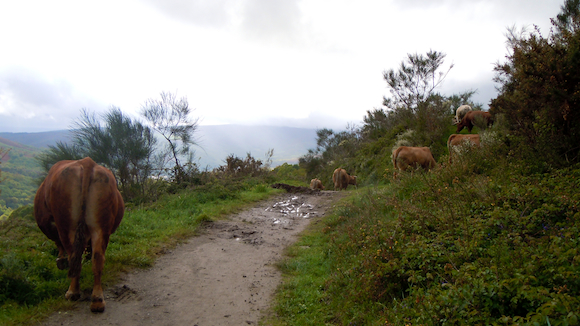 2
Why do Americans say Star Trek like Star Track?